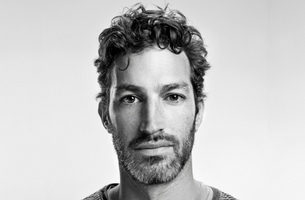 In his new role, Wolan will be partnering with Managing Director Mark Hansen and work closely with DDB Chicago’s Chief Creative Officer, John Maxham, to oversee the agency’s creative department across various clients on the West Coast, including Symantec, Energy Upgrade California, and BJ’s.

Ari Weiss, Chief Creative Officer of DDB North America, stated, “Ben is as nice as he is good. He's won two Grand Prix at Cannes, Best of Show at One Show, and the Grandy at the ANDYs. I guess that makes him really, really, really nice.”

Before joining DDB, Wolan served as Creative Director at Goodby Silverstein & Partners, running the Doritos and NBA accounts. Prior to GS&P, Wolan worked at Droga5, where he created the “Day One” Prudential campaign, which took home the Integrated Gold Lion at Cannes and was included in TED’s Ads Worth Spreading. Prior to that he spent five years at 215 McCann, where he helped create various award-winning pieces, including the seminal Halo 3 “Believe” campaign, which earned every top honor at all the major award shows.

“DDB is one of the great iconic agency brands and I’m thrilled to be a part of its resurgence here in San Francisco,” said Wolan.