The ads feature men that are bogged down with the monotony and pressure of real, adult life 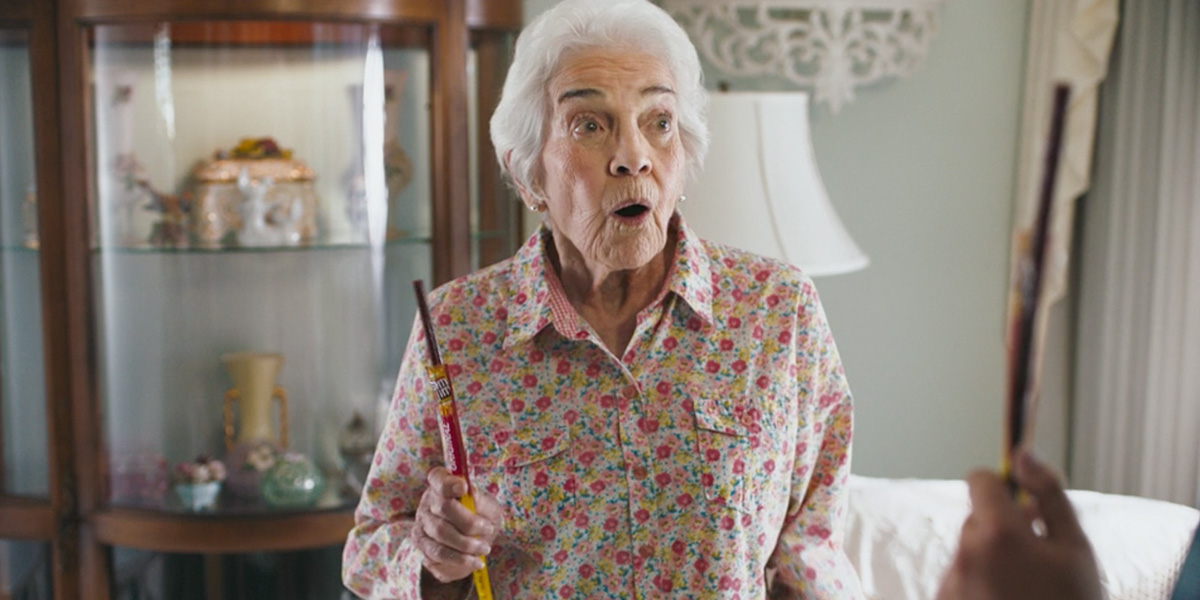 The four :30-second spots feature guys that are bogged down with the monotony and pressure of real, adult life, a feeling that the Slim Jim target can relate to. But once the men bite into a Slim Jim, they snap back to a simpler time in their life, and are reminded that Slim Jim is a great snack for guys that want to break out of a situation and just be a dude.

In one of the spots, titled Grandma, a guy brings his two buddies to visit his grandma who is overjoyed that her grandson and his friends are visiting her. She offers each of the boys a Slim Jim and suddenly remembers that she has a special gift for her grandson that she’s made with love. When she excitedly gives her grandson a massive sweater he mentions that “it’s beautiful, but way too big.” Without missing a beat, his friends snicker at the gift, blurting out “that’s what she said.” Grandma snaps into a Slim Jim and quickly turns to her young guests and says, “I doubt she’s ever said that to you.” Both the friends look dumbfounded because sweet grandma just dropped the mic.

The four new spots are an extension of the Snap into a Slim Jim campaign that launched last September with the witty Buggy spot. Viewers took notice of last year’s creative and connected the work with the Slim Jim brand because it was so funny. The remaining two ads in the DDB campaign are Lineup and Space.