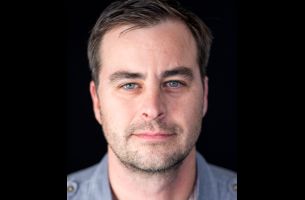 Mark is Ben’s first hire to a creative leadership position, making his appointment a vital component of the creative resurgence at DDB San Francisco.

“I’m incredibly excited for the creative leadership that Mark will bring to this agency,” Ben stated, “He’s worked at top agencies and done great work for so many different brands, I look forward to his contribution to helping raise the bar creatively and growing our business here at DDB SF. Also I just like saying his last name.”

With almost 20 years of industry experience, Mark joins DDB from Butler, Shine, Stern & Partners where he served as creative director. During this time, Mark led numerous Super Bowl campaigns, including a rebranding effort for MINI, a T-Mobile spot with Tim Tebow, and the Evony mobile game launch for TopGames. He also pitched and produced the DraftKings launch campaign during the 2016 NFL season.

Mark is excited to be joining DDB, adding, “It’s always nice to join an agency on an upward trajectory with the opportunity to help it grow - especially when a higher creative standard is a valued part of that trajectory.”

Earlier in his career, Mark founded his own agency in San Francisco with clients such as Yahoo!, Logitech, San Francisco Visitors Bureau, and the San Francisco Earthquakes. The agency later merged with Teak. Prior to that, he honed his craft at TBWA\Chiat\Day LA and the former McCann-Erickson San Francisco.

DDB San Francisco brings Mark on board following a streak of other executive hires and client wins, as well as the recent expansion of the Energy Upgrade California account.