For Pride Month, DDB SF and Equality California launch a new campaign to change the colours of the 6 MUNI train line to reflect a rainbow 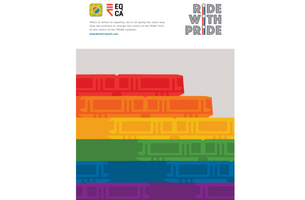 San Francisco is a city that prides itself on its physical beauty, world-class food scene, and position as the technological centre of the world. And from a cultural standpoint, few cities are more progressive or inclusive. At the heart of this is a deep connection with the LGBTQIA community and the Pride movement.

In honour of Pride Month, DDB San Francisco, in cooperation with Equality California, is launching a yearlong grassroots campaign to change the colours of the 6 MUNI train line to reflect the six colours in the order of the rainbow Pride flag - encouraging all who take the metro system to “Ride with Pride.”

The goal of the Ride with Pride campaign is to create a public groundswell of support for this initiative and drive people to sign an online petition. One signatures are collected backing the permanent change to the train line’s colours, the petition will be sent to the SF MTA in hopes of creating a new landmark that all San Franciscans can be proud of in time SF Pride 2019. The campaign stands as not only a celebration of Pride month, but also the city’s devotion to its citizens no matter their orientation.

In an effort to generate awareness about the petition, the Ride with Pride campaign will be launched on the Snapchat platform through augmented reality, in which users of the app can preview the exciting new colours for the MUNI maps via a unique QR code and through the app itself. Other campaign elements include a punchy promotional poster by famed illustrator Adrian Johnson which will appear in social channels and throughout the city and  Ride with Pride ad placements created especially for Snapchat’s platform. There will also be a significant on-the-ground presence at this weekend’s SF Pride Parade. 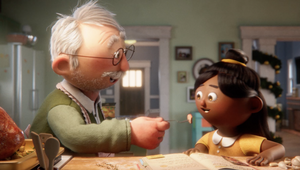