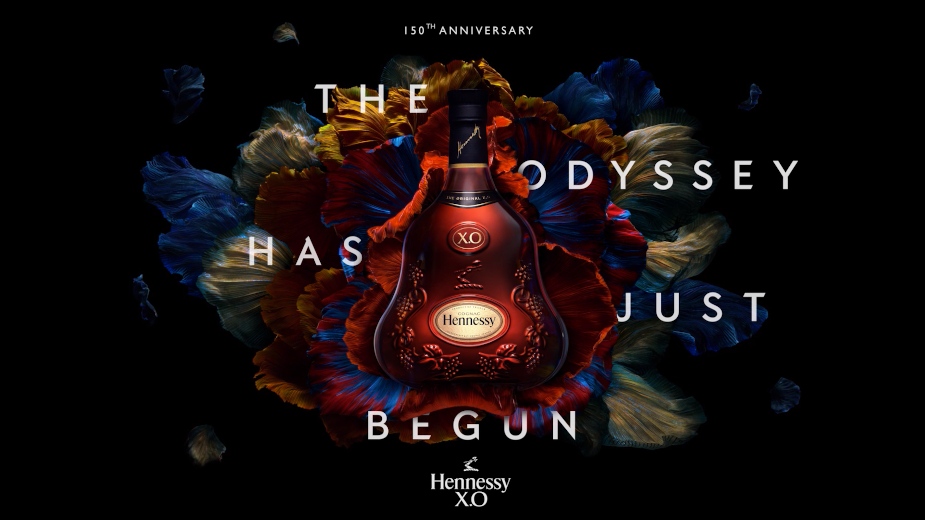 This year, Hennessy X.O. celebrates its 150th anniversary. To honour this legacy Hennessy has collaborated with DDB° Paris to create a unique campaign that evokes the viewer’s senses in a hypnotic fashion. With its intricate textures and rich colours, the visual brings to life the complexity of the French amber liquid. The organic shapes, floating around the iconic Hennessy bottle, allow us to represent an unravelling of flavours which evolve on the palate and create a mind-blowing tasting experience.

Created in collaboration with CGI artists from the studio Mikros, the campaign premiered digitally in March and shall be a part of global travel retail media plan starting in October.

With this intriguing work and its curious ASMR quality, DDB° manages to reinvent a 150-year-old story. The Odyssey has just begun.

Additionally, DDB has worked on another campaign to announce the collaboration of Hennessy X.O. with the legendary architect Frank Gehry, who has created a special limited-edition decanter. The ad is expected to premiere in global travel retail in October as well.