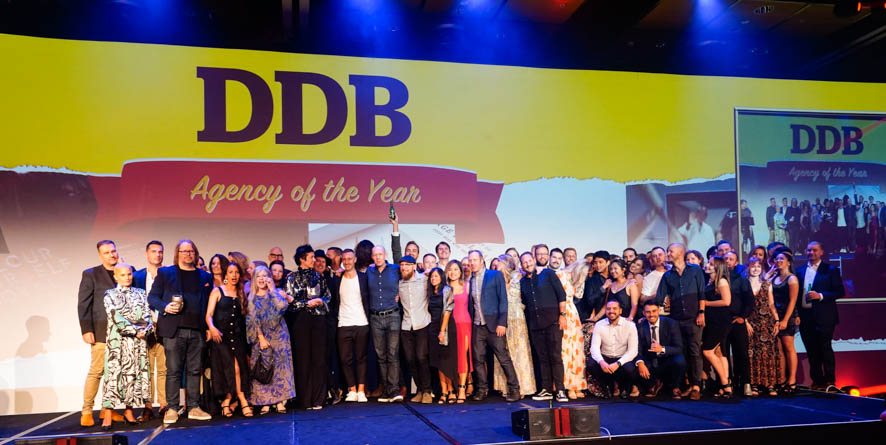 To celebrate the incredible creative advertising work from over the last twelve months, 750 advertising and production company professionals came together at the SkyCity Convention Centre for the big birthday bash as Axis turned 40. Emceed by the multifaceted and talented Tom Sainsbury, the venue was packed to the brim.

It was DDB’s night. The DDB Group won 8 Golds showing strong work across two campaigns; “LO5T” for Lotto NZ won in User Experience, Creative Use of Media – Integrated, Direct Broadcast and Direct Campaign plus a coveted Grand Prix in Direct. “Black Laundry” for Lion also won gold in Ambient Outdoor and then Brand Experience and Activation. DDB also took home a multitude of silvers and bronzes across the evening, as well as winning the important Brand Axis Award for their enduring brand work with Lotto NZ. DDB went on to win the coveted 2020 Agency of the Year Award, much to the room’s delight.

The win comes after a blockbuster 12 months for the agency who were also named Campaign Brief Agency of the Year in February and landed a spot as one of the top 5 agencies in the world in the Global Effectiveness Index.

Says Justin Mowday, CEO, DDB New Zealand: “We are immensely proud to be recognised as Axis Agency of the Year. International recognition is obviously really gratifying but Axis is our local show and to be recognised by our peers at home is special. This is a true testament to the incredibly talented and nice people behind the work. A special thanks to our brave clients who’ve trusted the vision.” 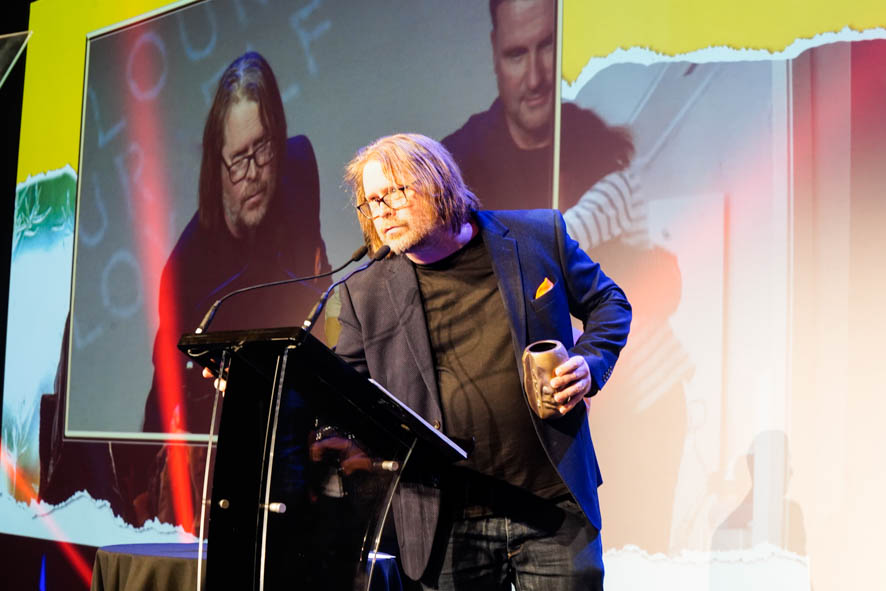 Says Damon Stapleton (above), regional chief creative officer, DDB Australia and New Zealand: “It has been an exciting 12 months at DDB, we are so lucky to have clients who really understand and support the power of creative and emotional storytelling, it’s at the core of everything we do and it’s really paid off.” 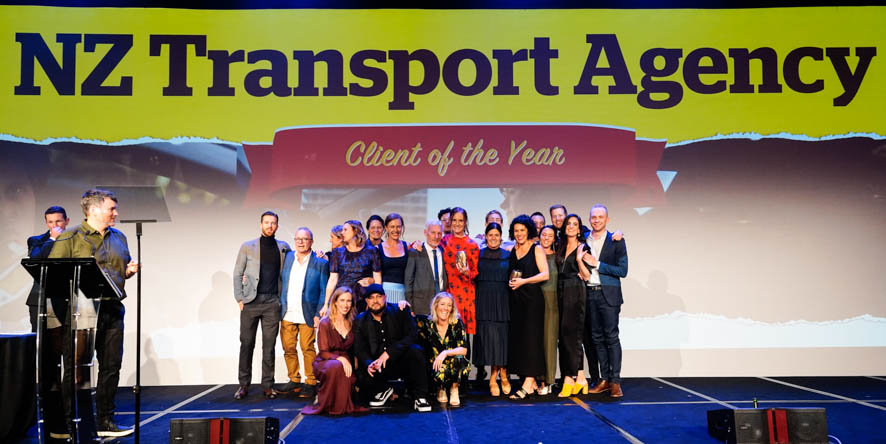 This year’s prestigious Grand Axis sponsored by Facebook was scooped up by the visitors from Wellington, Clemenger BBDO for the NZTA campaign called “Belted Survivors”, a strong print and outdoor campaign targeted at young men who need to be reminded to wear their seat belts. “Belted Survivor” scored Clemenger BBDO three golds in Craft for their Image, and multiple golds in outdoor, magazine, PR for social and digital, before going on to win a coveted Integrated Gold and a well-deserved Grand Prix for Integrated. The 2020 Client of the Year Award was also taken away by NZTA – a big night for Clemenger.

Colenso BBDO also took home six Golds for DB Breweries “I’m Drinking it for you” in Original Soundtrack for Film and Video, Copywriting for Film and Video, TV over 30’, Long-form single and Non-Standard Audio/Radio. This piece went on to win a coveted Film and Video Grand Prix. Colenso also picked up another Gold for their excellent overseas work for Puppo “Every Dog has its Ad” in Creative Use of Data in Direct along with many silvers and bronzes.

There were many other great creative contributions and well-deserving agencies at Axis 2020.

Stanley Street picked up three Gold Axis Awards this year with two for Auckland Transport’s “The Most Dangerous Stunt in the World” featuring Zoe Bell as the Influencer and also in Social Video category, as well as a third gold for the “Thank-you Button” in Direct Physical for BP. TBWA scored a gold in Design for the loveable work for ANZ called “Mr Humphreez”, and Special Group lifted a worthy gold for Uber Eats “Shark bait” in Transit Advertising along with a clutch of silvers. 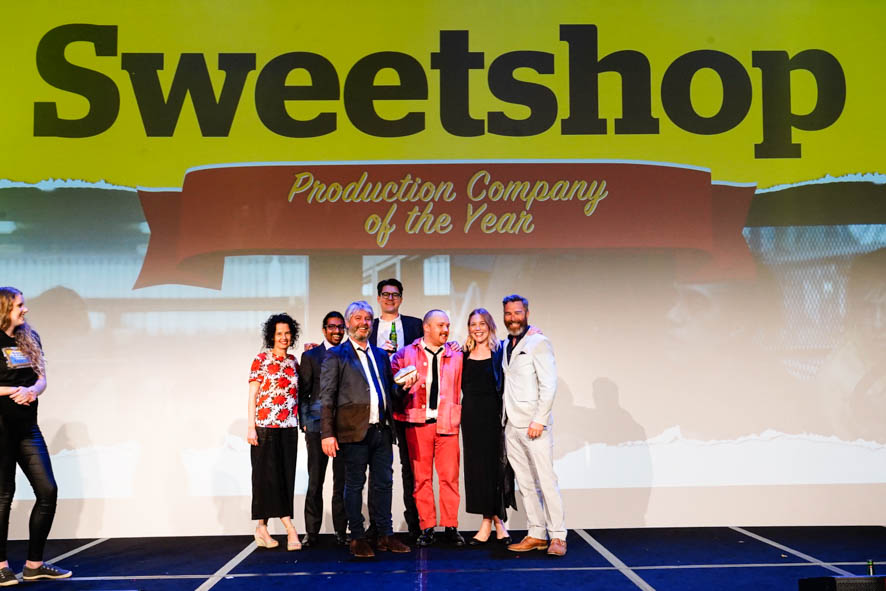 Craft had a great showing this year with a host of strong golds. Good Oil won golds in Art Direction, Cinematography and Direction for “NZ Meets Japan”, The Editors picked up a gold for the same piece of work. Sweetshop won 5 golds across 3 pieces of work; Cinematography and Editing for “Distractions” for NZTA, Direction for “I’m Drinking it for You” for DB Breweries and Direction and Moving Image for “Play” for Spark. Alt.FX won a gold for Moving Image – 3D for “Dinosaur v Unicorn” for AA insurance and Beatworms for the great arrangement of the Dave Dobbyn track to make “NZ Meets Japan”, an award-winning piece for DDB and Lion. Good Oil went on to earn a coveted Grand Prix in Direction for “NZ meets Japan.” Sweetshop went onto win the 2020 Production Company of the Year. 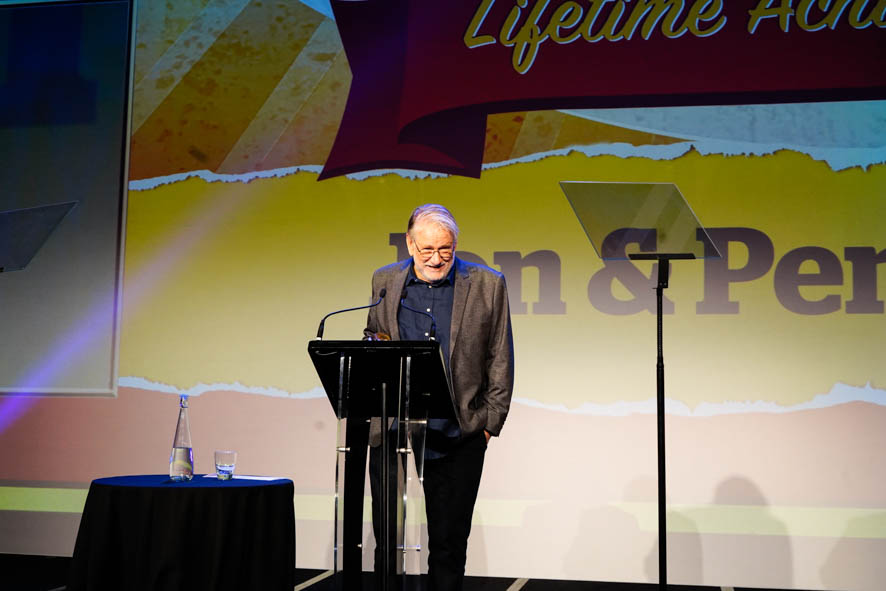 The 2020 Emerging Talent Award went to Eliza Romanos & Gina Morgan from Colenso BBDO and the winners of the Google Student Challenge were Ashleigh Reid & Luke Ryan from Media Design School, for “Lotto – What Could You Skip”. The Coopers were recipients of the 2020 Lifetime Achievement Awards, and the crown stood and applauded Jon Cooper to the stage to receive his acknowledgement.

Says Paul Head, CEO, The Comms Council: “Axis remains an important moment, and one that we all respect in the New Zealand creative calendar because it celebrates our best creative work; the work our industry is justifiably proud of because it has looked at the world through a new lens, challenged the existing paradigms, permeated popular culture and influenced behavioural change; well done to all the winners this year.” 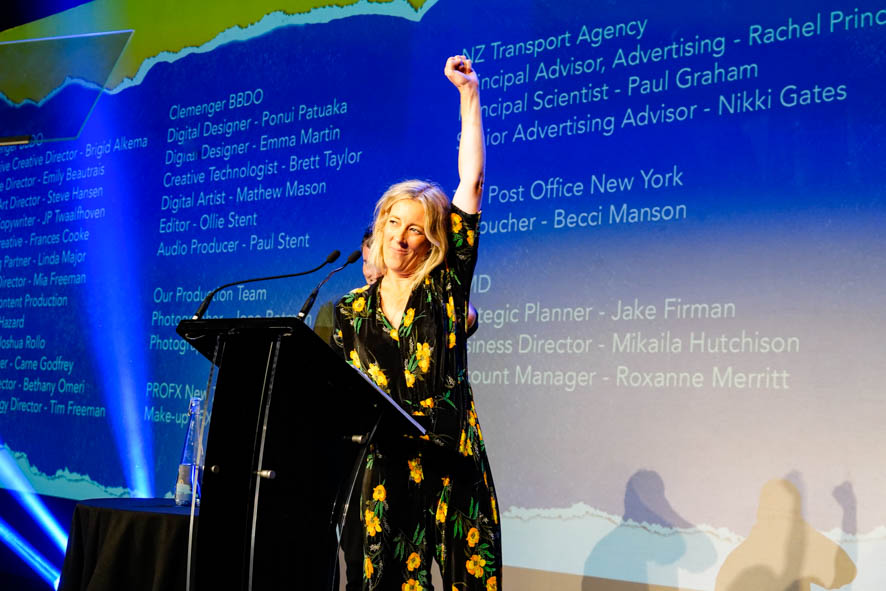 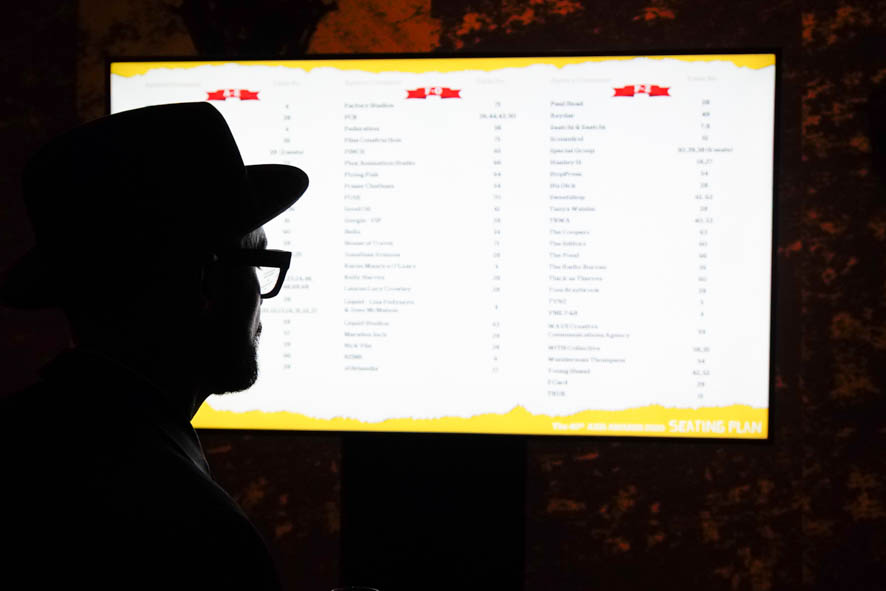 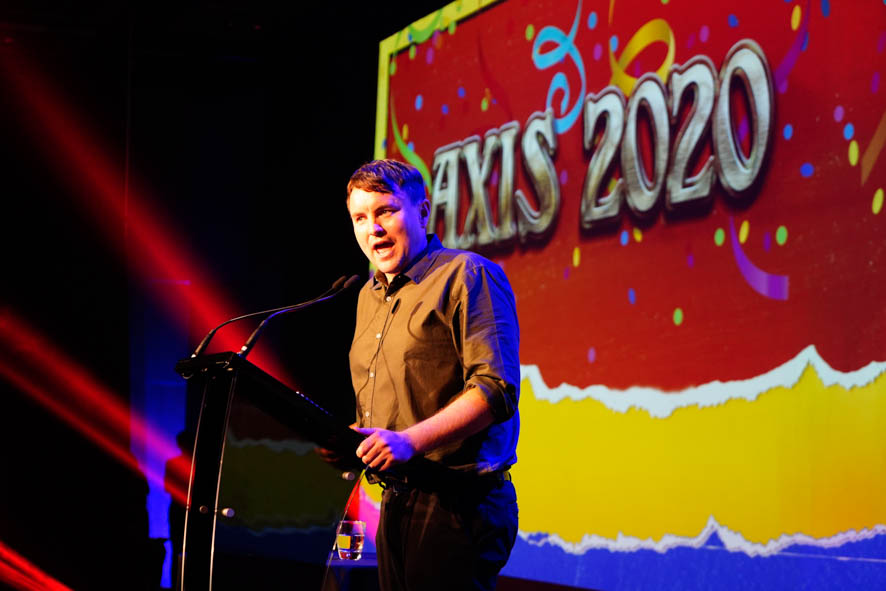 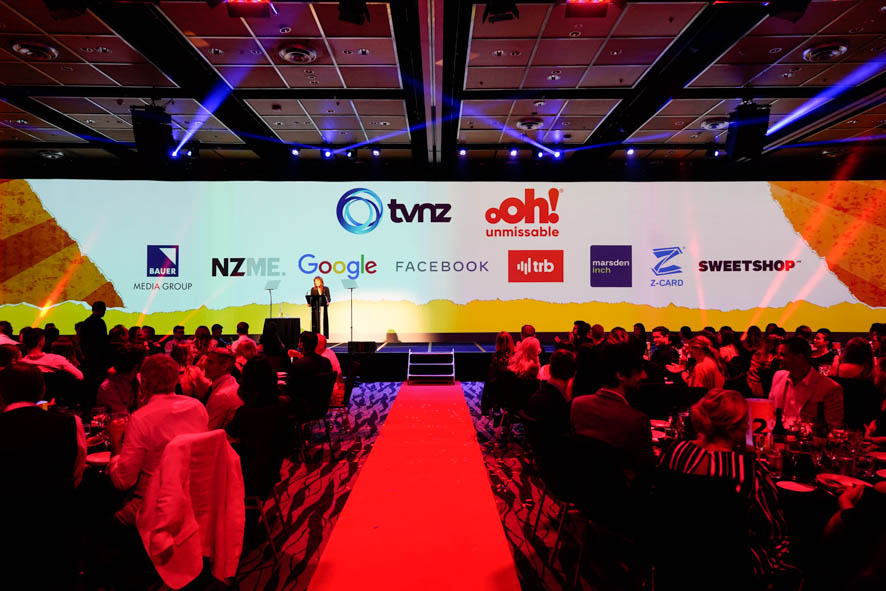 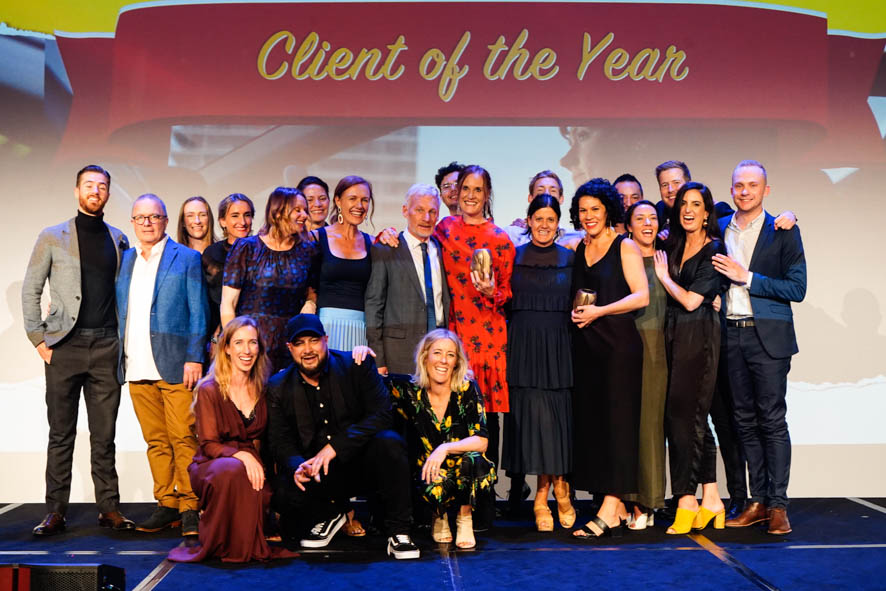 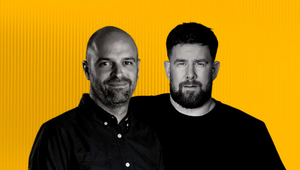 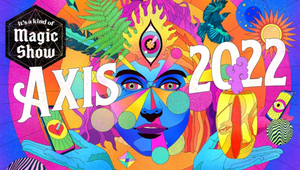 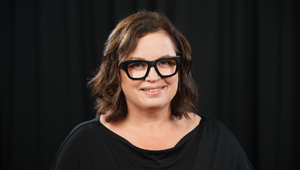 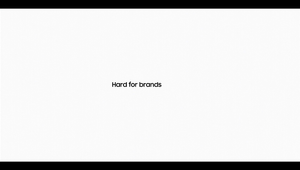