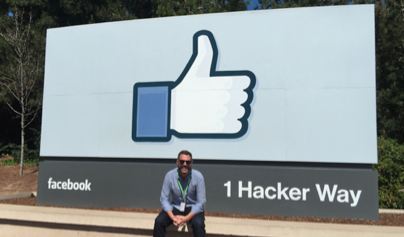 DDB digital CD Haydn Kerr attended the Facebook Creative Hackathon, where he was the only creative from outside the US and the UK.

Here’s what he learned.

Facebook is working hard to lift the quality of the ads on its platform. They’ve launched the Creative Shop – which is about 130 people, mostly ex-agency folk, based in the biggest Facebook offices around the world.  They collaborate with agencies and clients directly on campaigns that could shift the needle and demonstrate great use of Facebook. The head of the Creative Shop, by the way, is a New Zealander like me – Mark D’Arcy.

Then there’s the Creative Council, which is made up of 20 creative leaders from the world’s top agencies – such as David Droga, Marcelo Serpa from Almap BBDO and Amir Kassaei, the global CCO of DDB. They all meet regularly with Facebook to learn about what’s in the pipeline and provide feedback.

And now there’s the Creative Hackathon. It grew out of a challenge laid down by the Creative Council – they wanted Facebook to reach out to creatives at the coalface. The Creative Council each nominated one creative from their network. Amir chose his New Zealand office, which meant I got the ticket.

So five weeks ago, I found myself on a 5am conference call with the other Hackathon participants. We were asked to take an existing client (I chose Westpac Chopper Appeal) and experiment with native Facebook features. More conference calls followed, as I worked one-on-one with Facebook’s lead creative strategists. And then on March 17, we all came together on the Facebook campus in Menlo Park to develop and share our work. 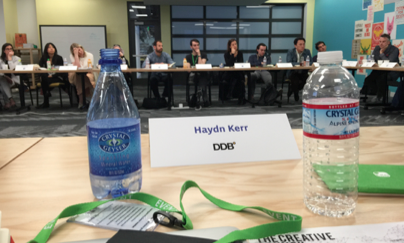 Here are the ten things I found out during my experience:

1. Creatives must become experts in distribution.  Tools like sequencing and targeting are powerful story telling devices. We can’t leave it up to the media agencies. It’s time for creatives to school ourselves.

2. “Creatives need to become interested in scale” – that’s the message from Mark D’Arcy. While creatives are more likely to pour interest into Snapchat or Meerkat or whatever comes next, the public keeps pouring time into Facebook. More than 90% of Facebookers visit the platform every day. It’s this kind of scale that attracts our clients.

3. The growth of video is exponential. Facebook introduced video ads in December 2013 and by June 2014, they reached 1 billion video views per day. By the end of 2014 it was up to 3 billion.

4. More than 65 per cent of video on Facebook is viewed on mobile. That means the majority of our videos appear on a small screen, initially without sound. As a rule, we have just 3 seconds to get people’s attention visually before they scroll to the next thing. How many of your commercials would pass the test?

5. Facebook is a vertical canvas. 85% of Facebook viewing is on mobile, so your ads appear at the bottom of a screen and slide upwards. But how many creatives are thinking of ways to exploit that motion?

6. The horizontal axis has real potential. Multi-Product Ads appear in your news feed and run horizontally, like a carousel. They’re simple but potent – trust me, I’ve seen them used to brilliant effect.

7. The audience insight tool is a real asset. All creative and planners should have a play. You’re almost guaranteed to find a few genuine nuggets.

8. Facebook could be the flattest large company on earth. The message is literally plastered everywhere “This is now your company.” If you want to make something happen, go for it. No one will stand in your way. Mark Zuckerburg even does an employee Q & A every week to provide more insight and hear what’s on people’s mind.

9. Hackathons are a fundamental part of Facebook. Every few months, the entire company is invited to work through the night to try and ‘ship’ a new initiative. Hackathons have built big things like hyperlapse and small, useful small things like adding weather to an event page.

10. The barbeque at Facebook is incredible – as are the burgers, the burritos and the frozen yoghurt. The campus is like Disneyland but with free restaurants. And much older children.

What would Bill Bernbach do?

I can’t help but feel that we as creatives have been guilty of complacency when it comes to Facebook. We follow a formula and reserve our more experimental thinking to social networks that have a tiny footprint compared to Facebook.

Back in the 1950’s and ‘60’s, Bill Bernbach led legendary DDB art director Helmut Krone to take a bold approach to the dominant channel of the day. Krone would work through the night in search of ‘the new page’ – a print ad that no one had seen before. They left a legacy of great creative that we still quote today.

Do we take the same attitude to the dominant channel of our day? Are we working through the night to create a post that no-one has ever seen before? I want to propose that we start pushing the limits of an ad format that almost a billion people use every day. Let’s begin the search for ‘the new post’. 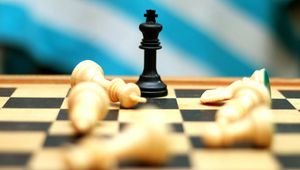 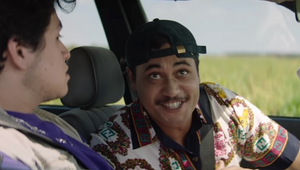 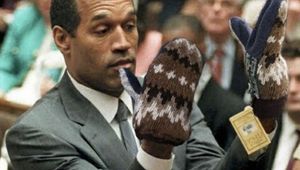 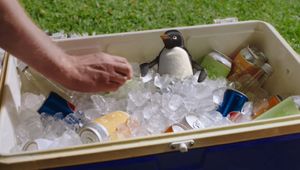