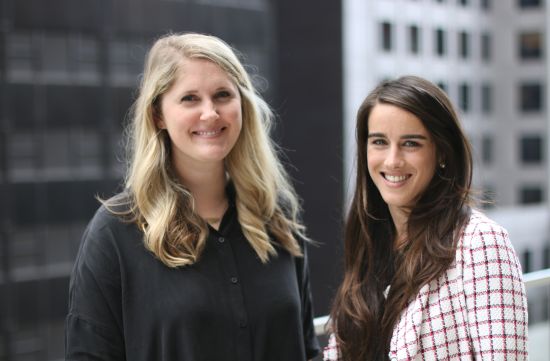 DDB New York announced today the appointment of two new executives, bolstering its social and content talent lineup. Effective immediately, Hannah Meium joins the agency as Director of Content, while Rocky Probst joins as Senior Social Media Strategist. Both executives will report to Reema Mitra, Group Director of Digital Strategy, who joined DDB New York in March, and will work on clients such as State Farm, Unilever and Cotton.

A Minnestoa native, Meium cut her teeth creating content for Mrs. Meyer’s Clean Day before joining the team at Madison Square Garden where she spent six years creating content for the Rockettes and live productions, including the New York Emmy-award winning series, Rockettes Summer Intensive. During her time at Madison Square Garden, Meium was responsible for leading content integrations with The Colbert Report, Project Runway, NBC’s America’s Got Talent and theTODAY Show and helped grow the Rockettes’ social community from 3,000 to 1.4 million.

Meium said, “I am honoured to join one of the most iconic agencies in the world. Given the ever-evolving nature of the content space, I’m looking forward to helping legacy brands tell their stories in innovative and cutting-edge ways.”

Also adding to the ever-strengthening social team, DDB New York welcomes Probst who brings five years’ experience in social media marketing under her belt. Probst joins from Huge where she was the social lead for Federal Student Aid, Eli Lilly and National Highway Traffic Safety Association. At DDB New York, she will be responsible for collaborating with project teams to develop and implement an appropriate strategy to social, optimise content and campaigns and maintain healthy, participative communities.

Chris Brown, President and Chief Executive Officer at DDB New York, said, “These hires are further evidence of our ambition to have one of the strongest social and content offerings and proves we’re continuing to invest in this important part of the business. Both Hannah and Rocky are hugely talented and a great fit for our creatively-driven culture.”

Meium and Probst join an already robust social and content team at DDB New York. The appointment builds on the agency’s recent success at this year’s Cannes Festival with Lions for “Gun by Gun and WCFF’s “Dream”, as well as the appointment of new clients such as Breyers, Persil, ‘all and Tribeca and executives, Mitra and Joe Panzarella as Group Director of Strategy and Analytics.