The Sustainability Channel 247 Add to collection

In addition to premiering at an upcoming film screening, “The Mourning Posters” will be featured at the WCFF’s Annual Wildlife Conservation Film Festival 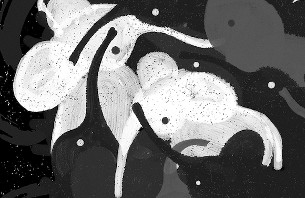 DDB New York has produced new print work for the Wildlife Conservation Film Festival (WCFF), the premier global event that celebrates and informs people on the importance of preserving global biodiversity. For the festival, DDB NY has designed a series of 12 "movie poster" illustrations, entitled “The Mourning Posters,” which premiered at WCFF (WCFF), and Nat Geo WILD’s world premiere screening of Mission Critical in Washington Square Park in NYC on Thursday, Aug 24.

The name “The Mourning Posters” pays tribute to the the species that is close to extinction in each corresponding film, as do the decisions to use only black-and-white art and to accompany each poster in the installation with a candle. Each poster displays an iconic, powerful illustration of a different film being shown at the upcoming WCFF event, and includes a synopsis at the top of each poster. The focus of these beautifully illustrated posters is to promote the WCFF film festival, inform viewers of the importance of protecting nature, and raise awareness about the serious issues facing different endangered species as told through each film.

For example, the film poster for ‘The Great Elephant Gathering of Asia’ depicts a floating cluster of elephants against a starry backdrop to illustrate the natural phenomenon that occurs when herds of elephants gather at the Minneriya National Park, as the film examines.

In addition to premiering at the upcoming film screening on 8/24, “The Mourning Posters” will be featured at the WCFF’s Annual Wildlife Conservation Film Festival, taking place in NYC from October 14-23 (www.WCFF.org). 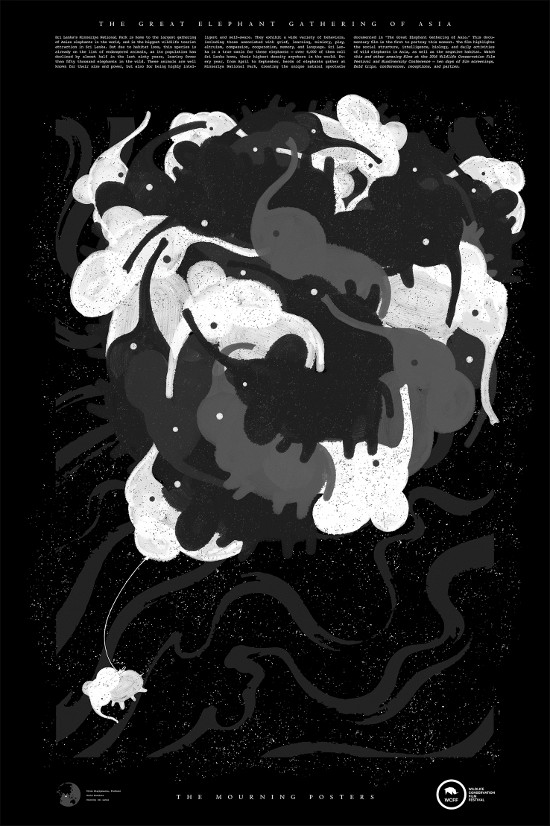