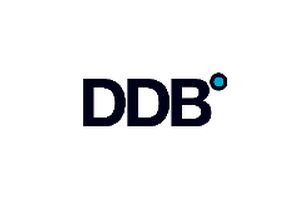 DDB Worldwide was named 'Network of the Year' at the 2016 Eurobest Festival of Creativity, which took place in Rome, Friday December 2nd. This marks the fourth consecutive year DDB has taken home the title.

Other Gold awards include one in Print for DDB Brussel’s “Simplified Stories” for Alzheimer Liga, and one in Design for DDB Group Berlin’s “Words of Welcome” for Verein Für Berliner Stadtmission, as well as in Entertainment for adam&eveDDB’s H&M campaigns “Becoming Beckham” and “Road Trip”.

Pietro Tramontin, Chief Executive Officer of DDB EMEA, says: “Following on from the recent African Cristal Network of the Year accolade, this is another great achievement for the EMEA region. The fact that our awarded work spans so many different categories, also proves that our agencies continue to deliver on creativity, effectiveness and breadth of offering.”

Other agencies contributing to the network accolade with metal include the network agencies in Amsterdam, Düsseldorf, Paris, Stockholm and DDB Remedy UK.

In addition, adam&eveDDB and DDB Group Berlin ranked third and second respectively for Agency of the Year.