A powerful statement on the futility of war: when lives are lost, no one wins 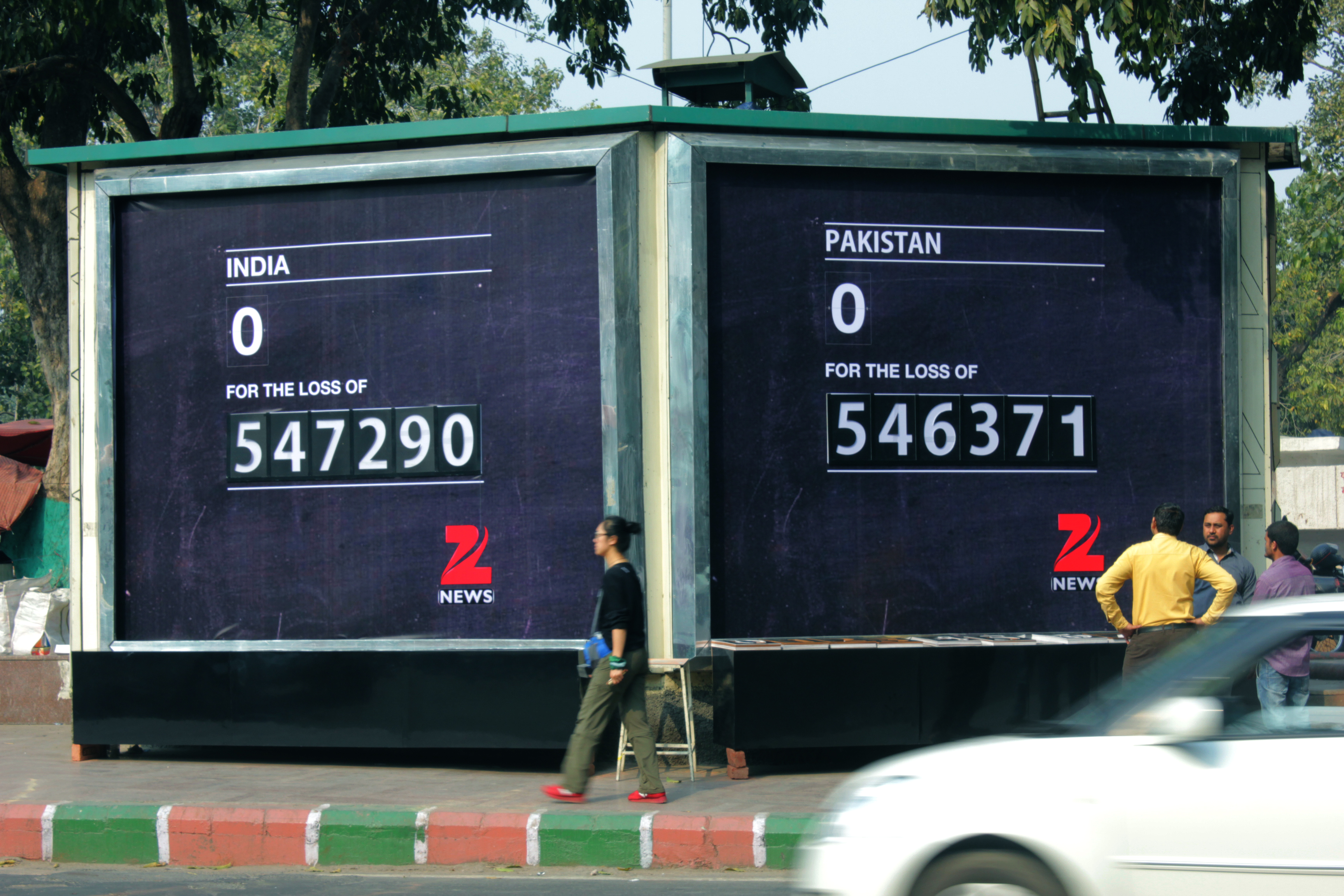 In the recent event of what was considered one of the biggest matches of the ICC World Cup- 2015, India-Pakistan which took place on Sunday, February 15, 2015, DDB MudraMax executed a one-of-a-kind outdoor campaign for Zee News.

As the tension built up, with fans exchanging videos of varying statistics of the past matches, DDB MudraMax installed manual scoreboards of a different kind in Jammu and Kashmir, New Delhi in India and Lahore, Karachi in Pakistan. While spectators felt that these were normal run-of-the-mill scoreboards which kept on-lookers updated with the status of the match, they were caught off- guard as the numbers didn’t tally.

As India started to bat and the first wicket fell, the Indian wickets column displayed ‘1’. Within minutes, the wickets column read '2'. The country neighbours standing in front of the billboards in Lahore and Karachi celebrated. The Indians on the other hand checked the score on their mobile phones and realised the second wicket hadn’t fallen. A few minutes later, the wickets column said '3'. Before long, onlookers on either side of the border decided that the scoreboard had gone faulty.

To the surprise of the spectators, no one came to rectify the faulty boards, instead the wickets column seemed to be in a hurry. It moved briskly from tens to thousands to tens of thousands in no time. A similar pattern followed when Pakistan batted. The scoreboard at the end of the match read: India 0 for the loss of 546030, Pakistan 0 for the loss of 546228.

After India won the match, the copy on the scoreboard changed. It read “WHEN LIVES ARE LOST, NO ONE WINS”. The numbers kept increasing and stopped at 547290 for India and 546228 for Pakistan -- the numbers of lives lost by soldiers since 1947 during the battles fought between both the countries. Thus depicting that neither country won anything by losing her soldiers.

The message was loud, clear and was well addressed by the passers-by who started lighting candles at the site, in memory of the fallen. Thus, a powerful statement on the futility of war was well-conveyed through the ‘Misunderstood Scoreboard’.