New campaign fights lack of confidence due to hair loss 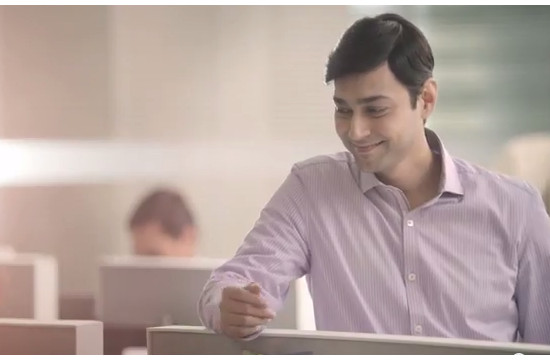 The new campaign from Livon Hair Gain Tonic talks to men suffering from hair loss. It works on the insight that hair loss results in a loss in confidence, which leads to many more losses in a man's life. Hair loss makes a man look older, holds him back from fully participating in life and gradually even changes his identity towards someone who feels older than his years. The brand offers a solution that helps regain hair and his falling confidence, enabling him to get much more out of his life.

Hair loss affects a man not just as an ailment, but at an emotional level too. To worsen the problem, the market is replete with solutions ranging from quacks to extreme drastic measures such as clinical treatments and transplants. After initial failures with some products, his faith in the category dwindles and he becomes a skeptic.

The endeavor of the campaign is to help him overcome his cynicism and establish Livon Hair Gain as a credible solution to address his problem. The TVC "Kyun yeh zindagi" connects with the consumer emotionally and empathizes with him in a manner which is a slice of his life.  It shows a young man facing hair loss holding back from enjoying and participating in everyday situations. The idea is to mirror the sufferer¿s feelings at those important life events when hair loss becomes his biggest disadvantage.  It goes on to explain why Livon Hair Gain will work, in a very clear product demonstration.

Commenting on the campaign, Sonal Dabral, Chairman & Chief Creative Officer, DDB Mudra Group, said, "Hair loss is an extremely sensitive issue. It was crucial therefore to communicate our offering with honesty and a high degree of empathy. We are happy that we have been able to create a campaign that is insightful, authentic and most importantly speaks straight to the heart of our target audience."

The campaign has been visualized by the team at DDB-Mudra. According to Sambit Mohanty, Creative Head (North) at DDB Mudra, "This campaign isn¿t just about a man fighting hair loss but the battle he's fighting in his mind about being accepted socially. That's where Livon Hair Gain plays such a crucial role- for it not only restores his hair but his confidence too."

Said Vandana Das, President, DDB Mudra Group, Delhi, "Being a category where there has always been a problem-solution kind of communication, we wanted to go inside a consumer¿s mind and his daily life by being there with him in his fallings and eventual successes. So that was the learning we have translated in the TVC."

According to a Marico spokesperson, "Hair fall is a large and growing concern, affecting people early in life. Men in their mid-late 20s, who are otherwise geared for success, see this as a stumbling block. Livon Hair Gain is a scientifically proven formula to address hair fall and promote hair re-growth. It can help a large number of young men, who are losing hair and their confidence levels. The TVC engages the audience with a realistic portrayal of moments in their life. Combined with activations in the digital space and on-ground in the chemist channel, we are looking at growing this recently acquired brand with the new campaign."