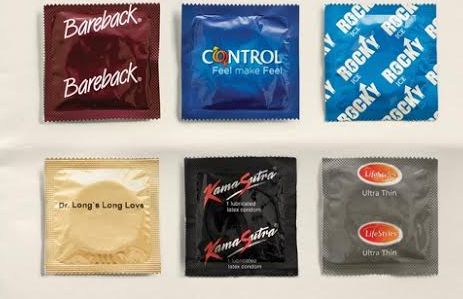 Prémios Lusofonos da Criatividade, the annual festival of creativity involving Lusophone countries was held on March 29th 2017 in Lisbon, where the Lusophone Agencies and Producers of the Year were awarded.

DDB Mozambique was the most awarded of the night, guaranteeing third place in the ranking of the most recognised agencies. The agency took home a total of three Gold, seven Silver and two Bronze awards.

For this contest, DDB Mozambique submitted “Não é coisa de criança” (It is not a child's thing)" for Helpo’s Presente Solidario project and "ENEMIESAD" for Jeito Condoms.

"ENEMIESAD" for JEITO Condoms received three Silver and two Bronze awards in the Press and PR, Outdoor and Media categories.

DDB Mozambique Creative Executive Director, Luís Guimarães, said: "This is proof that there is great potential for creativity in Africa, particularly in Mozambique. It is with great pride that we have won these prizes, proof of the immense effort put every day by our team at DDB Moçambique. These prizes are for them and for all Mozambicans. I take this opportunity to congratulate all the other winners". 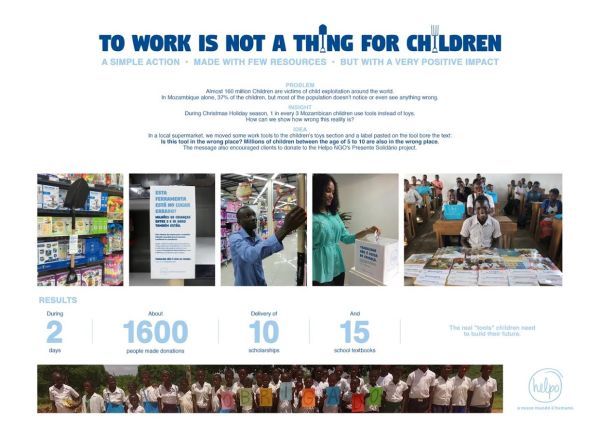 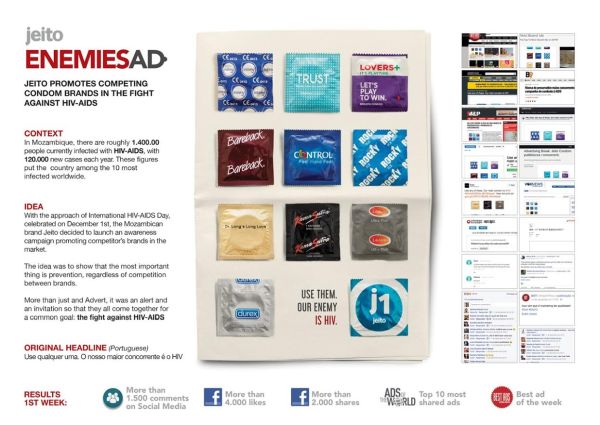 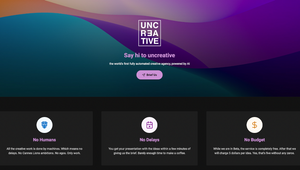 How ‘The Giving Room’ Made IKEA Shoppers Donate