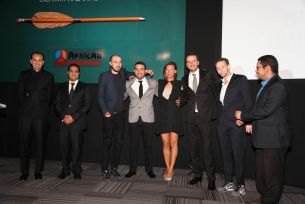 The DDB Network in the region also took home an additional 38 Shortlists.

Glen Lomas, Executive Officer Africa said: "Our network is as diverse as it is expansive across Africa, but we have a 'highest common denominator' - award-winning creativity. This Network of the Year award was only achieved because every single DDB office in every single market values creativity and humanity and each has contributed in some way to our regional success."

For their first participation in the African Cristal Festival, Tribal DDB Casablanca took home one Silver for Mondelez Crunchy Tonik in Digital & Mobile while RAPP Morocco earned one Bronze for CIH Bank Pre-Roll, also in the Digital & Mobile category.