DDB Intelligence Unit investigates the most powerful consumers on the planet, from the Pepsi Starlet to the teenagers doing it their own way 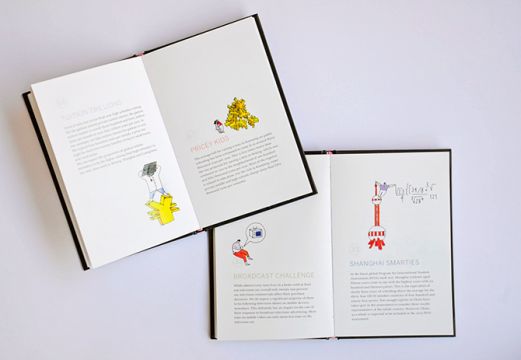 Having a youthful mindset if not, err, a youthful age the creative industries have long been fascinated by the behaviours and buying habits of teenagers. And China's adland is no different. DDB Group Shanghai’s Intelligence Unit has released a book calledThe Illustrated State of China’s Youth to help marketers, brands and creatives get their heads around the country's emerging youth culture.

The book focuses on teenagers from tier one cities, including Beijing, Shanghai and Guangzhou, as well as those from tier two and tier three cities such as Chengdu, Nanjing, Shenyang Changsha, Bengbu, Baoding and Baoji. Specific research on their consumer behavior is also explained, including a break-down of shopping reference sources and online purchasing behavior, as well as browsing interests and their drive to identify with China’s top ten brands.

Research behind The Illustrated State of China’s Youth was developed by DDB Group Shanghai’s Intelligence Unit. Established in autumn of 2013, the Intelligence Unit is a new department pioneering DDB’s intelligence gathering, analytics and trend spotting. It focuses on detailed investigations into areas such as human-truth-based consumer behavior, social communication habits and consumer preferences, while integrating and refining DDB’s observations and understanding of the relevant markets.

“We launched this unit with its foundations embedded in DDB’s DNA of what motivates a man. Bill Bernbach once said, ‘The writer is concerned with what he puts into his writings, the communicator is concerned with what the reader gets out of it.’ The Intelligence Unit is about learning what a consumer really wants in life, their passion and how we can reach out to them effectively,” said Jit Hoong Ng, vice president of DDB Group North China and managing director of DDB Group Shanghai.