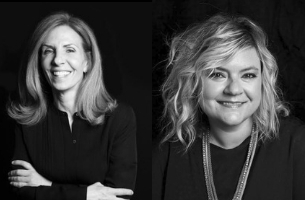 DDB North America, part of Omnicom Group (NYSE: OMC), announced today the addition of industry veterans Susie Lyons and Tricia Russo to top leadership roles. These strategic hires come at a time of momentous growth for the agency’s U.S. offices and on the heels of a number of key new business wins and creative accolades.

Russo, joining as DDB Chicago's Chief Strategy Officer, will oversee the office’s strategy and insights department where she will focus on unlocking new opportunities to drive growth for clients and the agency alike. Lyons, who joins DDB New York as Head of Strategy, will lead the strategy discipline across the agency’s clients, helping broaden the remit of the group into business strategy, social strategy and communications planning. Both Lyons and Russo will partner with their local office’s leadership and work alongside Eric Zuncic, DDB North America’s Chief Strategy Officer, on formalizing the agency’s strategic thoughtware and developing new tools and resources for proving that Creativity is the Most Powerful Force in Business.

Zuncic said, “As we continue to grow and evolve as an agency, we wanted to find strategic leaders who have diverse experience and use creativity to drive great brands forward. With Susie and Tricia, we’ve found two of the best in the business, with the smarts, the demeanor and the creative orientation necessary to help us live up to the legacy of DDB and help our clients find new avenues for growth.”

Russo is a seasoned agency strategist with 15 years of shaping, growing and activating successful brands. With experience in almost every category, her philosophy is to build strategy through the lens of creativity. Prior to joining the DDB Chicago team, Russo most recently served as BBDO Atlanta’s Chief Strategy Officer. Russo’s experience includes growing and reshaping agency strategy departments to respond to a constantly changing marketplace and the expanding demands of creativity. She has led multi-disciplinary teams to develop highly effective and impactful campaigns for a wide range of clients, including Hilton, Craftsman, BMO Harris Bank, Hotels.com, Heinz, HoneyBaked Ham, and Norwegian Cruise Line.

“DDB Chicago has attracted a dynamic, talented and driven collection of people, many of whom I’ve worked with before. I think there’s some magic in the chemistry there right now and I look forward to being a part of it,” said Russo.

With nearly 15 years of agency experience, Lyons joins DDB New York most recently from Lifetime Networks where she drove brand and creative strategy as the network’s VP of Consumer Marketing. Prior to that she held strategy roles at agencies such as Deutsch and 180. Lyons brings a love for people and all things pop culture, two passions that have helped her develop emotionally resonant and culturally relevant ideas for a wide range of clients, including Target, Volkswagen, Nintendo, Expedia, Bacardi, Kia, The California State Lottery, Verizon Wireless, The US Tennis Association, Universal Studios, Lexus and the American Red Cross at agencies across both coasts, winning numerous Cannes Lions and Effies.

“It's our responsibility as an industry to be more empathetic and human, to put an end to the old idea of 'aspiration' and to reflect and respect people for who they really are, which makes this an exciting time to help shape strategy at an agency like DDB New York,” said Lyons. “DDB New York is in the midst of a transformation, and I am eager to join Chris, Lisa and Derek during this exciting moment for the agency. DDB has a rich legacy of creativity, but it is also clearly focused on the future and moving the industry forward with a team that wants to do great creative work together."

Russo and Lyons are the latest hires made by Zuncic since he joined DDB North America as Chief Strategy Officer in October 2017. At the beginning of this year James Lou joined We Are Unlimited as Chief Strategy Officer, and in May Sam Renbarger was named Group Strategy Director at DDB San Francisco. Additionally, this year DDB North America has won several new clients including Blue Moon, VMWare, and Symantec, and received awards at Cannes, the One Show, and D&AD.