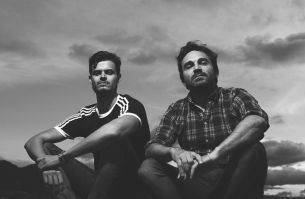 Juan Fernández and Jacint Sotorra have joined DDB Colombia as creative directors. They will report to the new chief creative officer André Pedroso.

Juan began his career in Spain and has been awarded at major advertising festivals around the world. Most of his career was developed at independent agency La Despensa, one of the most recognised in the experiential marketing sector. For more than six years he worked with clients such as Burger King, Amnesty International, Corona (AB InBev), Schweppes, Vodafone and Nescafé, among others. After a brief period at Y&R Colombia, he arrives at DDB.

Jacint has spent the last year working at Brazilian agency DM9DDB, serving accounts such as McDonald's, Johnson & Johnsons and AB Inbev. He previously spent more than seven years at Ogilvy Madrid, creating campaigns for clients such as Cruzcampo, Ford, Iberia, Banco Santander, Turespaña, and Once and Hofmann. Jacint becomes part of the Poker account (AB InBev) as creative director, forming a duo with Felipe Jaimes.

With these two new additions, DDB reinforces its seal 'great work, made in Colombia' that has given it so much success.