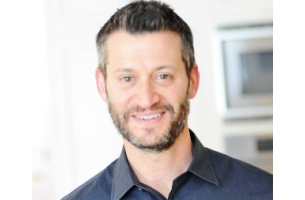 Based on my fool-proof scientifically proven formula here are what I think were the “6 great spots”(excluding the 2 ads from where I work - DDB Chicago).

Kia, “Walken Closet” was a funny spot with a nice surprise. Well written, comedy dialogue isn’t easy to pull off and Kia nailed it. Plus, Walken is a genius and he makes everything he touches better.

Audi did better than last year with their “Commander” spot.  Simple storytelling, beautifully shot, nicely cast and using a Bowie track was icing on the cake. It was a mini feature.

I really loved the Amazon Echo “Baldwin Bowl” spot. Anyone with enough writing skills to make Dan Marino funny is a script master.  They also get kudos for pulling off a smartly written ad with multiple celebrities. Schwartzman, Baldwin, Missy and Marino in one room could have spelled disaster.

Though it won’t stand the test of time I liked the topical T Mobile “Restricted Bling” spot. Well written and well acted. I was smiling throughout the spot. But you have to be a fan of Drake and Hotline bling to truly enjoy the parody.

I’ve wanted to use Seal in a commercial for years now so I’m jealous the NFL did it first with “Super Bowl Babies.” Featuring kids who were conceived on Super Bowl night is a great concept. Fun spot to watch and it brings a smile to your face.

Rounding out my top 6 is the No More “Text Talk” domestic violence ad. It was poignant, simple and arresting - all the ingredients that make for a thought provoking, powerful commercial. It was a smart move to do a quiet spot in the midst of all the big game commotion. Speak softly and carry a big message.  Well done.

This year was no different than years past. Lots of celebs, comedy, babies, talking animals, famous songs and special effects. Next year…more monkeys’ is always nice.