Mel will be responsible for overseeing the creative for State Farm 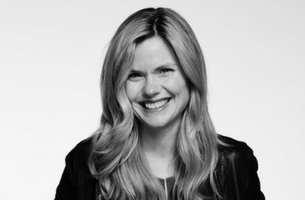 DDB Chicago today announced the promotion of Mel Routhier to Executive Creative Director from her previous position of Group Creative Director. Routhier and fellow ECD Colin Selikow will both report to DDB Chicago CCO John Maxham. With her promotion to ECD, Routhier will continue overseeing the creative for State Farm, one of the agency’s largest accounts, and driving best-in-class work for DDB Chicago.

Regarding Routhier’s new role Maxham said, “Mel’s appointment to ECD could not be more well deserved. She has consistently proven herself to be indispensable to State Farm and the agency as a creative leader, and I am delighted to further recognise her achievements with this promotion.”

Over the past several years, Routhier has been an instrumental creative force behind some of the agency’s most successful efforts. In 2016 she was integral to developing and introducing State Farm’s new tagline, “Here to help life go right,” as the agency went on to defend and consolidate the account in 2015. This was the brand’s first new tagline in nearly sixty years. Most recently, Routhier took home a Lion at the 2017 Cannes Lions Festival of Creativity for her work on State Farm’s “Following” campaign.

“I couldn’t be more excited or humbled to continue to play a role in helping build such an iconic brand. We have a lot of great work ahead of us, and operating in this role will be an exciting new step in my adventures with DDB,” said Routhier.

Routhier has called Chicago her home for the entirety of her 19-year career in advertising. She has already been recognised as among the top female talent at DDB through her invitation to participate in DDB Worldwide’s Phyllis Project, an agency-wide program committed to encouraging outstanding female creative leaders. Prior to DDB she worked for over a decade at Leo Burnett for some of the world’s most prestigious brands, including Kellogg’s, P+G, Disney and the US Army. Routhier’s work has received top honours at the major industry shows, including awards from Cannes, the London International Awards, Clios, Effies, Lürzer’s Archive, Communication Arts, ADDYs, REGGIEs, and the Chicago Advertising Federation.