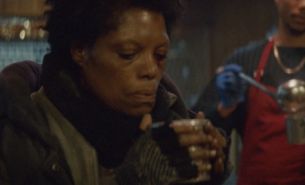 The holidays are a popular time to get involved and give back, but when the decorations come down and the season of giving ends, there are still people in need in the community.

As a way to remind people that the season of giving never ends and highlight the importance of giving back regardless of the time of the year, State Farm and DDB Chicago have created a post-holiday initiative to drive awareness of the continued need to stay involved.

This sentiment is conveyed through 'Don’t You,' a film created by State Farm’s creative agency DDB Chicago. In one seamless camera movement, the creative tells a story that emphasises the need for volunteers year-round.

"I think a lot of us can relate to finding ourselves being more generous during the holidays—to finally finding the time to act on the good intentions we have throughout the year. But once they’re over, we often go back to our normal day-to-day... until the next holiday season. This piece dramatises what that reality looks like for many shelters and places of need. And hopefully motivates people to stay involved, well after the lights and decorations of the holidays come down,” said Mel Routhier, SVP and Group Creative Director at DDB about the work.

The film is part of a 360 campaign that supports State Farm’s Neighborhood of Good movement. Creative running across national broadcast, online video, social media, and digital display will drive people to neighborhoodofgood.com where they are able to easily discover and connect with charitable opportunities in their communities. PR and influencers will provide additional support.