As a nostalgic Christmas treat, UberToys will drive you around Paris for free 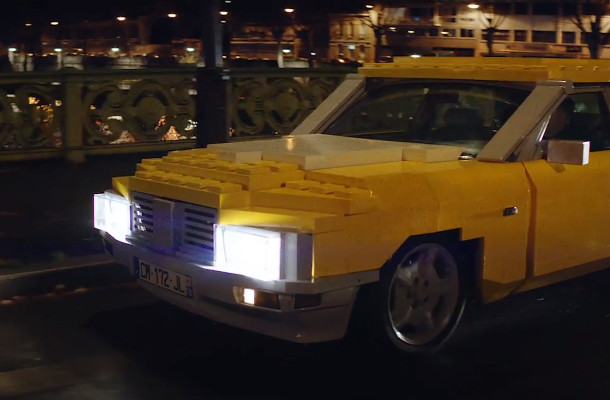 Because the best way to enjoy Christmas magic is through a child’s eyes, Uber has launched UberToys, a unique experience free of charge in Paris that takes you back to your childhood in a flash. It begins on Tuesday, December 11th and ends on Thursday December 13th, from 10:00 am to 6:00 pm each day.

As Christmas decorations bedeck streets and windows, Uber has not stopped innovating: the firm wants Parisians to feel like children again by recalling those little timeless cars they would put on their wish lists for Santa Claus. To experience this emotion, you can order a car-size toy vehicle for free in a few clicks on Uber’s application and see one of six cars from UberToys drive all the way up to you.

“With UberToys and the agency DDB, we wanted to give users an original, unique, light-hearted experience by rekindling the emotions of Christmas magic. UberToys gives Parisians the chance to relive their childhood by riding around Paris in a toy farm truck, a remote-controlled car or even a vehicle made entirely of modelling clay, while letting the magic do its work”, explains Michelle Lamberti, Uber’s head of marketing for Western and Southern Europe.

And because Christmas is largely about sharing, Uber would also like to help those not fortunate enough to celebrate these moments: the firm is partnering with Secours Populaire Français, a French charity, and the campaign Pères Noël Verts (Green Santas) it has been running since 1976. Through Pères Noël Verts, children and families in difficulty can get new toys, books, festive food packs and many other presents, both in France and worldwide. Uber would like to involve its entire community and will donate €1 to Secours Populaire Français each time the code SECOURSPOP is entered in Uber’s application from 11 to 13 December. Passengers will not be charged for this operation.