Partnership to showcase exclusive data insights around film in 2015 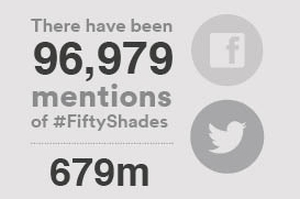 Digital Cinema Media (DCM) and FUEL, a marketing data intelligence platform, have joined forces to explore and showcase exclusive data insights around film in 2015 by taking a holistic look at the social chatter around all of the latest movies, content and audience demographics.

In a year that is going to be huge for cinema, there is no better time to analyse the narrative and tone around some of the leading films set to hit the big screen over the next 12 months and look at how brands can get involved in the conversation.

Zoe Jones, Marketing Director at DCM said: “Cinema’s appeal is constantly broadening and can play an integral role in a brand’s media plans. Reaching more and more people every year, there’s a range of exciting opportunities available for brands to engage the diverse cinemagoing audience. 2015 is set to be the biggest year for film in decades and we’re looking forward to working alongside FUEL Intelligence to amplify the narrative that will accompany it.” 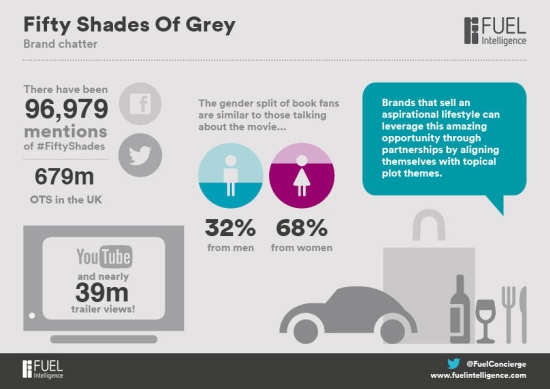 Marc Maley, CEO of Fuel Intelligence added: “In this day and age, consumers are overwhelmed with messages from brands and it’s becoming ever more important to engage with audiences in the right way. We’re excited to have teamed up with DCM to offer these exclusive insights, from our data scientist team – FUEL Concierge, to help drive the conversations brands are having with their target audiences.”

Fuelling thought and conversation around film in 2015, the first movie to be showcased is Fifty Shades of Grey. It may have started as Twilight fan fiction but the books have since become a literary phenomenon to rival The Twilight Saga. The casting alone caused a huge amount of buzz online, with Jamie Dornan taking on the iconic role of Christian Grey and Dakota Johnson playing Anastasia Steele.