The ex-Nike Creative Director is setting up Blood UTD, a specialist agency focused on sport and esport 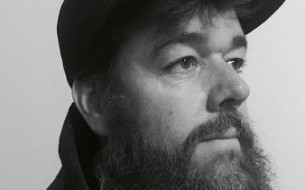 After several successful years running Nike and EA Sports at Wieden+Kennedy Amsterdam, David Smith is returning to Australia to set up Blood UTD. A specialist agency focused purely on sport and eSport.

Unlike most agencies, Blood UTD will go deep on its subject, to get under the skin of sport and gaming, to speak like an insider and not like an ad guy, to make work that is culturally relevant, work that resonates with its audience on a deeper level.

Speaking about his new endeavor, David Smith said, “During the last few years, I have worked across multiple markets, different sports and gaming titles, and the one thing that I have learnt is that authenticity is the cornerstone of great work. Whether I am making a football campaign in Turkey, working with kickboxers in Russia, filming V8 supercars in Australia or doing the reboot of a video game, I want to understand what makes the athletes, the gamers and the fans tick. I want to live and breathe their world. For me, it is the only way to cut through, especially given the rise of ad-blockers and the deluge of unwanted content that we face. If you want to be relevant, if you want to be blood with someone, you need to act like family.”

Blood UTD will be based in Melbourne, but will look to work across the region, especially with the exploding sport and eSport scene in Asia.

If you are interested in creating work that is relevant, work that has cultural impact, you can contact them at bloodutd.com or via mail at david@bloodutd.com