Trends and Insight 585 Add to collection 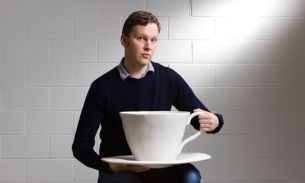 Shrigley kicked his talk off by screening a video of a robot artist he'd made, aptly named 'The Artist'. To build the machine he’d used the body of a robotic vacuum cleaner, added a huge nose to it and plugged the nose with paintbrushes which allowed the robotic creature to become a creator in its own right. Like his creation, Shrigley is charming and at times, nonsensical and this kind of fun for fun’s sake pervades his work. 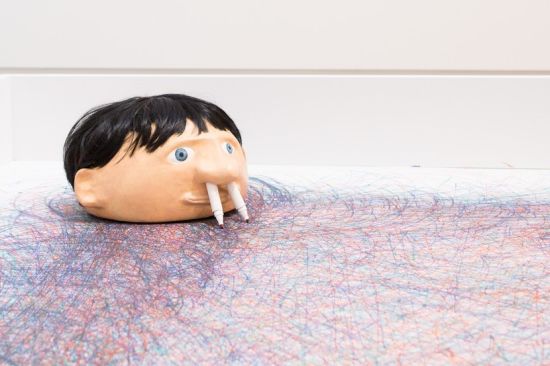 His presentation was peppered with humorous projects, including giant deformed human sculptures that could actually wee, stuffed animals posing with stupid signs and an assortment of hilariously worded and illustrated tattoos, commissioned by his fans around the world that now adorn their various body parts. 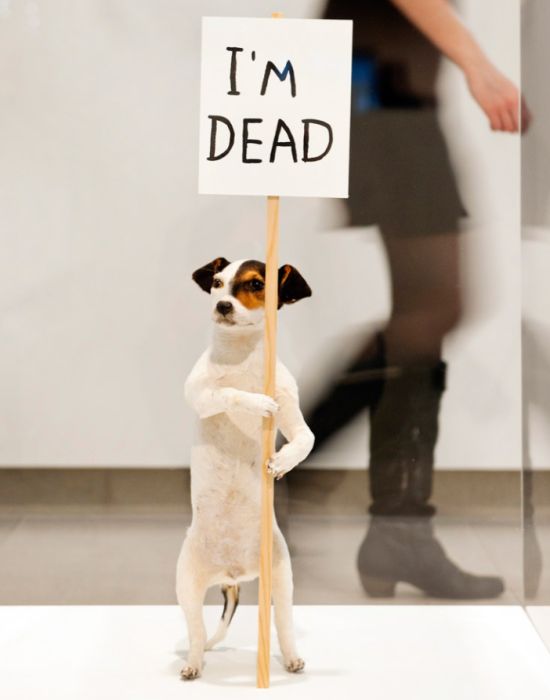 Shrigley also gave some insights to his previous work for clients. He chatted about his successes and failures - and the mistakes that ended up proving to be surprising successes. He’s lived the life of a commercial artist and has the portfolio and endless amusing tales of artist-client relations to back it up. For example, his animation work 'Transitional Moments' made for the initial UK release of Google’s Gmail was canned by the tech giant. However, he kept the animation without Google branding and managed to sell the project on to a gallery and ironically was paid twice for the piece – once by Google and again by the gallery.

Shrigley’s most satirical client piece and arguably his funniest was his animated spot for Pringles of Scotland. In the spot Shrigley combines sharp ironic wit, with a searing sort-of matter of factness that allows his work to transcend the puns and really stab at the heart of his subjects whilst still making us laugh.

His book entitled ' What The Hell Are You Doing' embodies the simplicity of his whole tongue in cheek mantra and sardonic take on modern culture and corporations. Considering his career has consisted of creating work for brands he seems to have spend an equal amount of time simultaneously taking the piss out of them. His career path has certainly been unique. Not many artists can claim that one of their old shopping lists became the blueprint for a major sculpture project that now sits outside Central Park in New York. 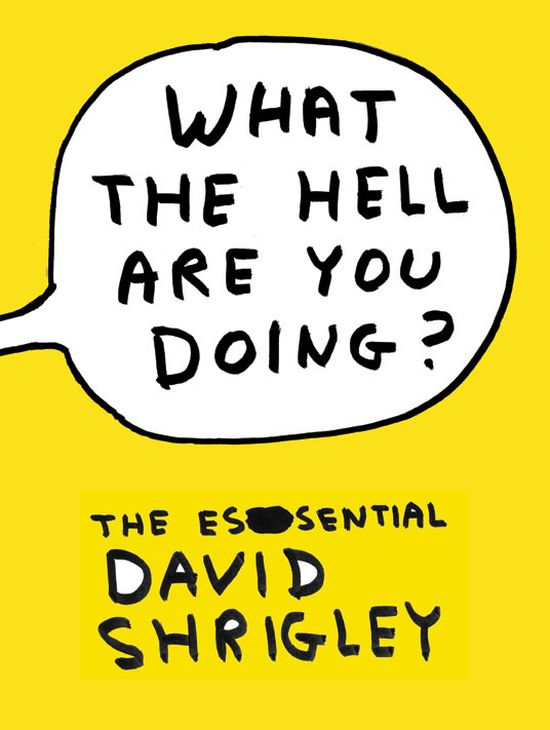 Shrigley can also definitely get obsessed with his subjects and especially with shit. At least half of the work he presented excrement-inspired (he’s definitely appropriated the inappropriate). But in terms of actual creation and different mediums, his palette is somewhat more varied. Illustration, Taxidermy, sculpture, Painting, Biros, he’s made work across the entire spectrum. On a material level, his obsession with rulers actually inspired an Ernst & Young executive to send him 500 of them from the offices of their global team. Although Shrigley clearly indulges in his obsessions, getting 500 rulers in the post was no joke and he can acknowledge with laughter that he knows when he’s reached his limit with a medium or object.

Another aspect of Shrigley's work and personality, which is not immediately apparent in his artwork, is his fascination with the hidden and unseen. He puts multi-coloured balls into the walls of galleries that nobody can see, he hides weird elongated snakes through holes in random areas of galleries and also huge, comically sized teeth in places that many of his exhibition visitors will never see. Its perhaps the unseen and the unsaid that is so binded with Shrigley's work that makes it so cognitive and captivating to his legion of fans as the artist is always trying to hide a meaning and even the actual physical art from his audience in this way. 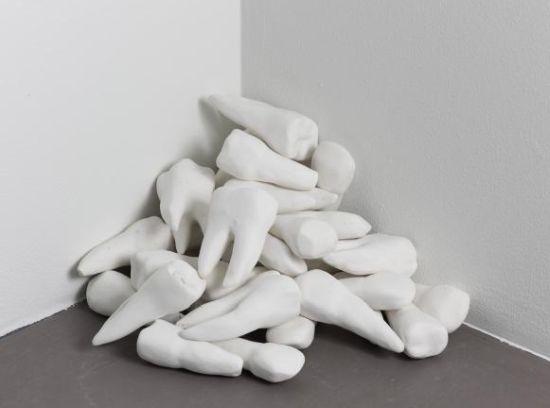 Although with many other artists this would mean their work would never be seen, Shrigley has managed to utilise this invisible aspect of his art to expand his notoriety and recognition in an industry that defines its creators by doing the exact opposite of what he's made his name upon.

Shrigley is definitely a self-aware anomaly in a world of generic ‘talent’. Maybe some brands could learn a lesson from Shrigley, who treats his audience like adults, who says the unsaid and leaves the unspoken to their imaginations. It seems to have helped Shrigley and could help brands who feel they are just constantly shouting into the dark, waiting for people to hear them. Perhaps, like Shrigley, they could let the audience discover the meaning and the message for themselves and allow them to be a part of a real conversation. Not just voiceless extras in the background of a vacuous spot for fizzy pop.