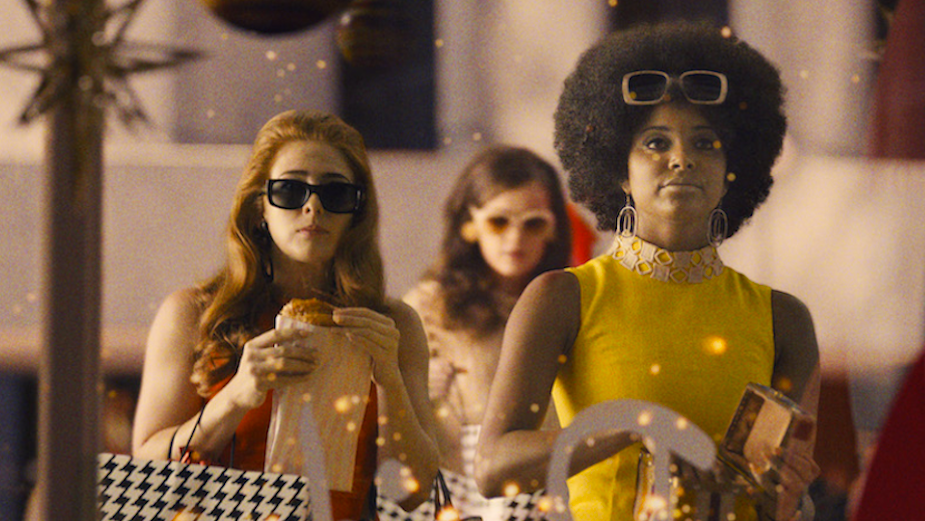 David Jones is waving goodbye to 2020 and warmly welcoming the festive season with ‘The Home of Christmas for 182 years’, a nostalgic Christmas campaign, jointly created by The Monkeys and Maud, part of Accenture Interactive, inviting all Australians to celebrate 182 Christmases with the iconic department store.

Founded in 1838, David Jones has seen almost 200 years of Australia’s heritage through its famous windows. From the perspective of looking out, not in; ‘The Home of Christmas for 182 years’ celebrates two centuries of Christmas shoppers peering through the glass, uniting the years with a sense of joy and delight.

The campaign invites the country to partake on a whistle-stop tour throughout the years – from 1838 to the present day – from the inside of one of its famous Christmas displays.

Shot by acclaimed director John Hillcoat of Collider, the campaign film is supported with in-store activations, visual merchandising and the unveiling of this year’s Christmas Windows at David Jones Elizabeth Street.

‘The Home of Christmas for 182 Years’ premiered Sunday 15th November 2020 before rolling out nationally across broadcast and digital for six weeks and in the lead up to Christmas.

Georgia Hack, general manager marketing communications, David Jones, commented: “David Jones’ annual Christmas windows remain iconic to Australian families across the nation. We are incredibly proud to be one of the world’s oldest department stores and to remain as the beating heart of many cities for almost 200 years. This has been a trying year for people all over the world, but in partnership with The Monkeys and Maud, we are delighted to bring a little more joy to people’s lives with this year’s Christmas campaign.”

Creative director, The Monkeys, Barbara Humphries, added: “While Australians have been gazing in at the changing David Jones windows over all these years, the oldest department store in the world has been watching Australians change too. Through humble beginnings, wartime frugality and baby-boom optimism, what hasn’t changed is the sense of wonder and joy that can be seen on the faces of David Jones visitors at Christmas. We wanted to capture that feeling and celebrate the special place the iconic store holds in Australians hearts, no time more so than Christmas.”

Agency: The Monkeys and Maud, part of Accenture Interactive