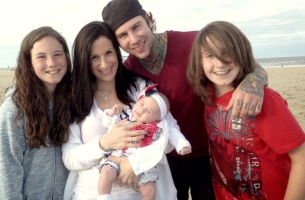 The films showcase the compelling stories of three patients — and the important things in each of their lives that were saved because they chose to be treated at MSK.

Developed and produced by MSK’s creative agency of record, Pereira & O’Dell New York, the series demonstrates how the institution’s focus on cancer research, treatment, and care impacts and guides patients at each point in their journey. They chose Gelb to translate and show how this approach helps MSK treat the whole person — not just the disease.

Gelb captured the stories of Suzanne, Danny, and Valerie in short films all ending with the same line: “Science saves more than lives.” Through interviews and beautiful imagery, the films capture the people and issues that are important to each patient’s life and the families, friends, and care teams who have cared for and supported them.

Suzanne Kane, who received her diagnosis months before her wedding, relates her joy about her marriage and her new baby: “When I look at Aria, I just can’t believe she’s here.”

The other subjects echo similar sentiments. Danny Soto, a firefighter in Hoboken, NJ, continues to serve the community he loves; and Valerie Hamilton, a teacher and mother of two wants to accomplish more in her life because her purpose and journey is not over.

“Our vision for the ‘Science Saves’ films was to tell stories about people, not patients, by shining a light on their lives beyond cancer. David [Gelb] was the perfect partner to capture human feeling in a way that felt emotional and authentic, yet different,” said Dave Arnold, Executive Creative Director at Pereira & O’Dell NY.