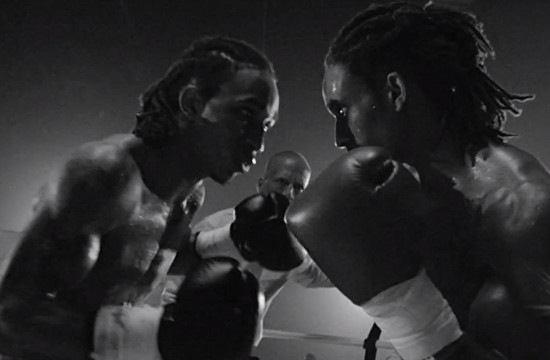 This promo follows the Burrell Twins as they approach their title fight in New York. It is a mesmerising and emotional short film that follows the build up and eventual fight from the perspective of the twins, their family and their past.

The film premieres on Wednesday 29th January in both the UK and US.

David said: "Anyone who's made music videos knows the amount of blood sweat and tears required - add into the mix the Christmas break, full blown man-flu and a Polar Vortex and you’re somewhere in the right ball park! Saying that, I loved every minute of it!

"This was an idea that I've had in the drawer for a while now. A boxing promoter mate of mine first introduced me to the twins over a year ago. I was instantly intrigued by their story and relationship - it helps that they look bloody cool as well. Over time I built a relationship with them, waiting for the right opportunity to tell their story.

"Working with the twins was a real pleasure. We were allowed privileged access to the world renowned Gleason's Gym where we met legend Hector Rocca who trains the twins. Even though they are professional boxers steeped into a world that requires total focus and dedication they were completely committed to making the video as good as it could be. Its alway tricky when working with non-actors as you never quite know what they're going to give you - on this occasion they both totally delivered."