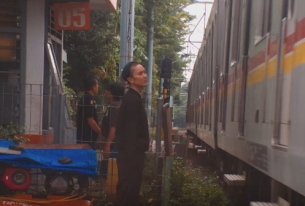 Fashion designer David Delfín and DDB Spain launch 'Fashion to be Free,' a campaign that attacks gender inequality by using fashion as its starting point and common thread.  The campaign was created to demonstrate that fashion can also be a way of thinking, a method of protest and, of course, a means of self-expression.

Through a film directed by Diana Kuntz, Delfín dresses women from Asia, Africa and Middle East with his genderless line, allowing them the freedom to do what they are normally not allowed to in these countries, such as simply going out alone, wearing trousers or riding a motorcycle. Filmed in places where women’s freedom is highly controlled, the only way the designer and agency found to break down the barrier was to dress these women in a gender-free look.

“The idea is to show some of the most extreme cases to highlight the gender inequality you find today worldwide, including in countries close to us,” shared Jose Maria Roca de Viñals, Chief Creative Officer at DDB Spain.

“Emotions have always been the driving force of what we do, so we are delighted with this campaign where creativity makes people reflect about freedom,” said David Delfín, Fashion Designer.