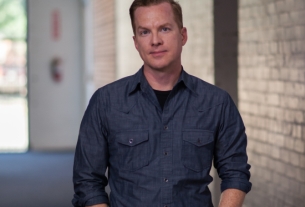 Digital studio Reel FX, Dallas/Santa Monica has brought back former Reel FX Head of Production David Bates as General Manager. Bates spent nearly eight years with Reel FX from 2002-2010, and will leverage his recent executive experience curating talent for creative roles at a wide range of companies to assemble top tier in-house teams for projects across Reel FX’s short form and VR divisions. This hire comes on the heels of the recent success of Reel FX's virtual reality division, Reel FX VR. After opening in September 2014, the division has continued to expand and innovate, with an impressive slate of immersive experiences, including a recent The Hunger Games 360-degree narrative experience exploring key moments from throughout Katniss' journey across all films, a fully-integrated recruiting experience for the U.S. Air Force out of GSD&M and an impactful VR experience for AT&T's "It Can Wait" campaign with BBDO New York.

Notes Bates, “I’m incredibly thrilled to rejoin the team at such an exciting time. This talented Reel FX group is creating some of the most ground-breaking, innovative and unique work in the studio’s history. My goal as GM is to blaze even more new trails in the months ahead. We've got a lot of great things happening here now, as well as incredible opportunities on the horizon. Over the next few weeks, we'll be making several more announcements including new faces and projects."

Bates got his start in creative marketing for FOSSIL, spending nearly a decade in multiple roles, including serving as director of the graphics team for a re-launch of the brand’s apparel line as well as leading the creative vision of the in-store experience for stores worldwide. He left FOSSIL to join Reel FX in 2002 as Creative Director and Art Department Manager, evolving the creative breadth of the department. He transitioned to become the SVP/Head of Commercial Production, bolstering in-house talent, broadening the scope of branded projects, overseeing the build out of the Santa Monica space as well as managing sales, project management and operations. He left in 2010 to apply his creative management skills to a diversified range of companies at Plano, TX-based Bedrock Manufacturing for brands such as Shinola, and Filson, and others such as Marissa Webb and Clare Vivier.