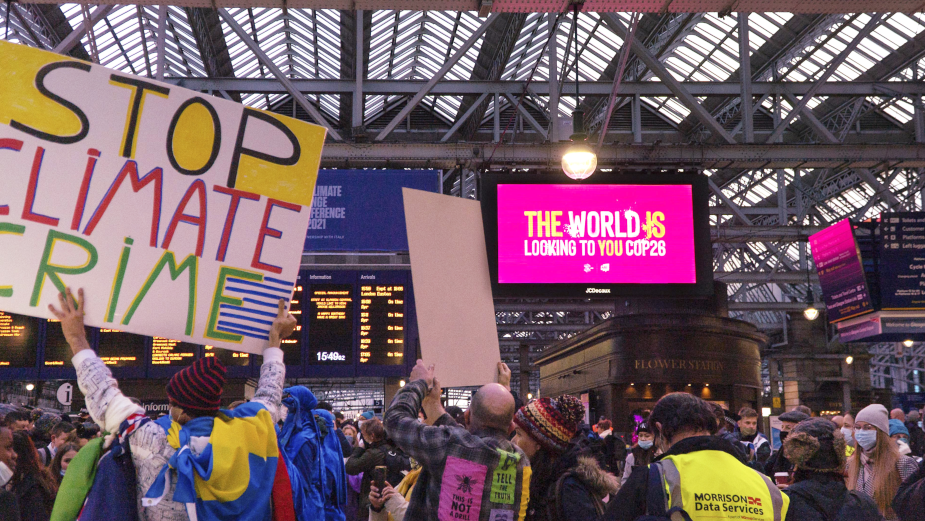 THE WORLD IS LOOKING TO YOU COP26 is currently dominating all OOH media spaces at major transport hubs across the UK and around Glasgow –  world leaders and delegates who’ve been travelling to COP26 haven’t been able to miss them. The idea behind the campaign is so simple, yet has been so effective (like all the best ones are!)

Over a year ago, a savvy sustainability media agency (Media Bounty) knew that media sites around the conference would be awash with big brands (and fossil fuel companies) advertising their sustainable policies – whilst still investing in fossil fuels and harming the planet. AKA Greenwashing.

So they decided the buy that space before anyone else could. They had the backing and investment from ‘Quadrature Climate Foundation’, a cohort of 40 different companies committed to helping solve the climate crisis. 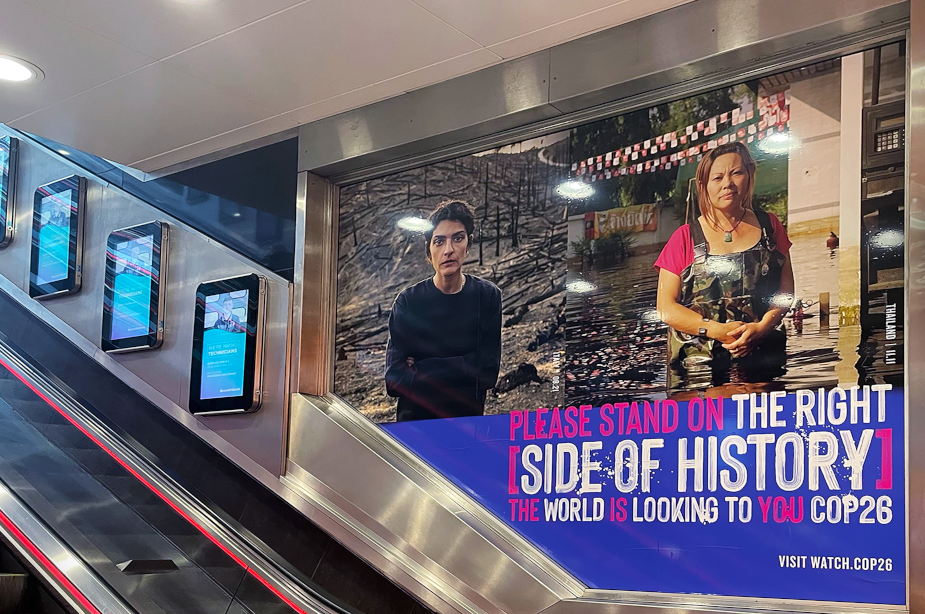 Iris created the campaign to go in that media space, now instead of world leaders and delegates being presented with greenwashing fakery, they see the alarming reality of the climate crisis. 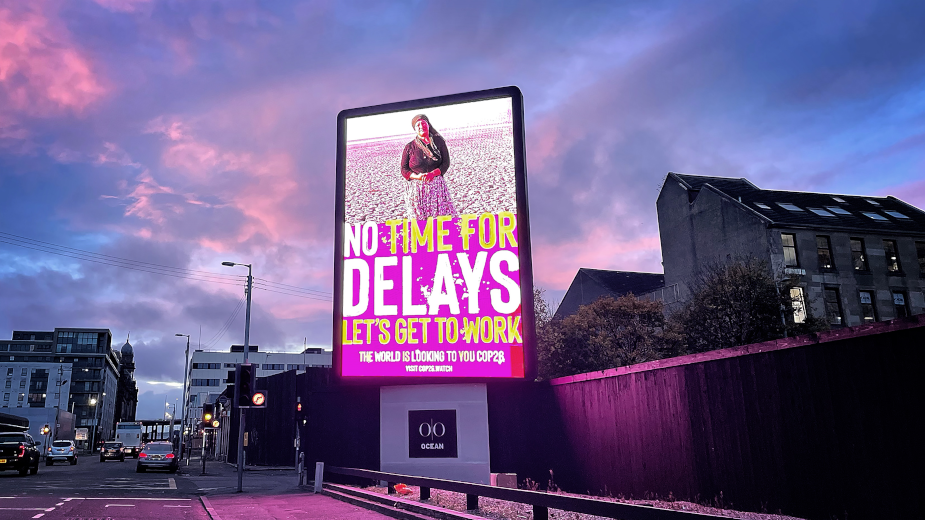 QR codes in ads on Glasgow, London and Edinburgh’s streets transport viewers to confronting 360 views, videos and stories documented from recent climate disasters around the world. Like the aftermath of hurricane Florence in South Carolina – the cropped portrait of Douglas Pratt takes the viewer to the reality of damage caused by extreme flooding that impacted over 11,000 homes, estimated to cost $2 billion. On one of the main runways tightly cropped portraits of Arife reveal the truth of her situation via augmented reality. The 360 visualises how devastating the effect of the changing climate have been on Arife’s livelihood. Due to the changing climate, the temperature in Turkey has risen year on year, with a record 49.1 degrees recorded in July. Coupled with poor land management and reduced rainfall, the vast blue lake she spent so much time on is now dry, cracked, arid and dusty. 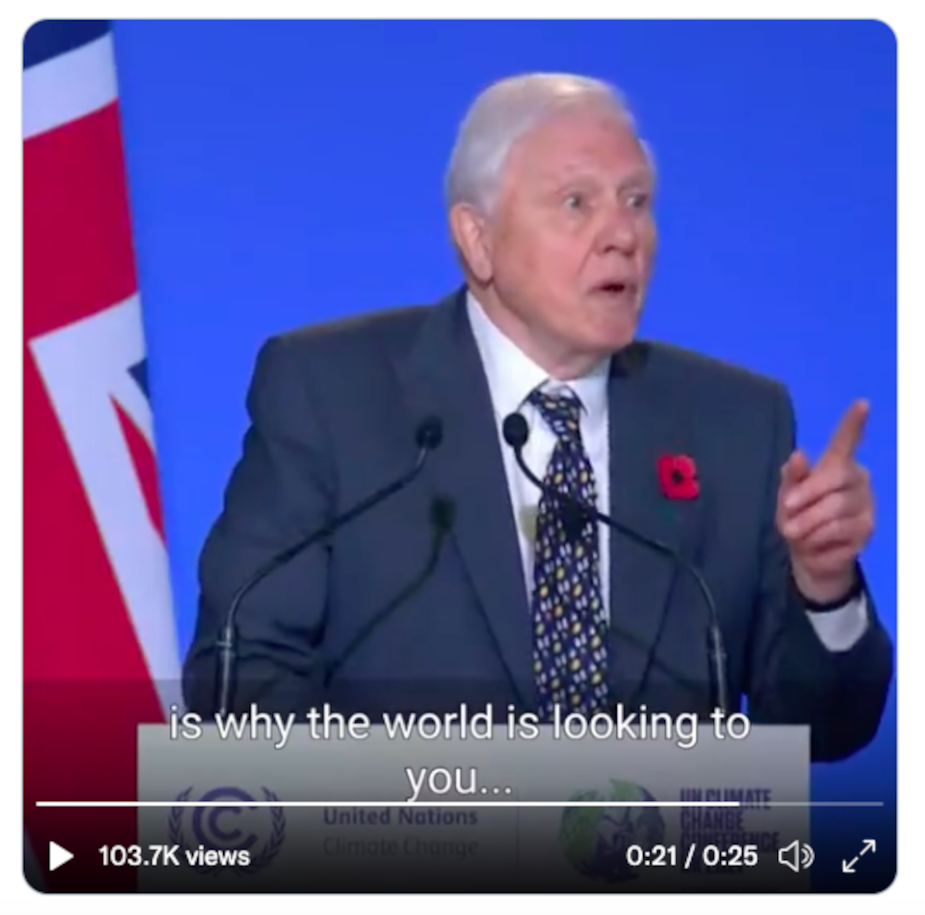 The campaign line was seen by so many people that it started to become synonymous with COP26. David Attenborough even used it in his rousing speech. 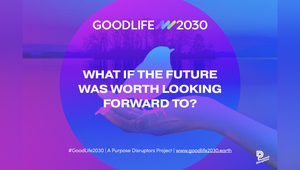