Music + Sound Awards catch up with the Grammy-winning composer 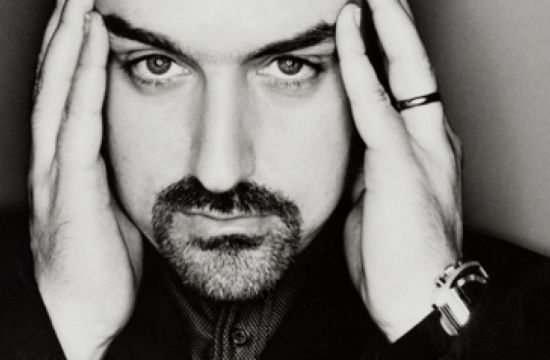 Nick Payne and Dan Neale, the forces behind the Music + Sound Awards catch up with Grammy Award-winning composer David Arnold ahead of this year’s Award deadline. Arnold has worked on everything from Independent Day and Stargate to the most recent crop of James Bond films and TV favourite, Sherlock.

NP & DN> What was the first album you bought?

DA> Rock and Roll Music by The Beatles.

NP & DN> Do you remember who the first mix tape you made was for and anything that was on it?

NP & DN> What would be your desert island disc?

DA>The complete works of someone with the most amount of work, so I wouldn’t get bored.

NP & DN> What is the best gig you have ever been to?

NP & DN> What inspired you to become a composer?

DA>Watching You Only Live Twice, Jungle Book and Oliver within a 3 month period.

NP & DN>  Can you tell us a bit about your musical background? Did you have any formal training as a composer or are you self-taught?

DA>I studied clarinet and classical guitar. I wasn’t taught composition but I spent lots of time playing in school orchestras and studying scores.

NP & DN> When scoring a film, where do you start?

DA>With a notion of how I want to feel about the film.

NP & DN> Your first feature film was ‘The Young Americans’ directed by Danny Cannon. How did you manage to get that break into the world of professional film scoring?

DA> I'd worked with Danny since we were teenagers. It was 12 years after we met that 'The Young Americans' happened, lots and lots of home made and student films were made in between.

NP & DN> How long had you been composing prior to ‘The Young Americans’? And what were you doing to pay the bills?

DA> I had been composing student films for quite a few years. I was 32 before I got paid a penny for writing so before that I did pretty much every sort of job you can think of, from office work to manual labour to digging up roads.

NP & DN>  The end credits of ‘The Young Americans’ features a collaboration between you and Bjork, a track that to this day is still highly recognizable. How did the collaboration come about?  Did you have your eye on other singers or was she definitely the one for the job?

DA> We were looking for a singer and were thinking about Bjork, Kate Bush and Liz Fraser. Bjork lived two streets away at the time so she popped around the flat and listened to the demo, had a chat with us and agreed to do it.

NP & DN> The release of ‘Stargate’ successfully announced you to the world as a contemporary film composer. Howe was working on a big budget movie different and did it impact the way you worked?

DA> I worked on 'Stargate' the same way as I’d worked on all my student films. I didn’t know any other way, but I did have an orchestrator and music editor which made things a bit easier.

DA> I didn’t really appreciate it at the time, it was just another day really. I'd been recording with Iggy Pop so was pretty happy anyway and I didn’t expect to win but was of course glad I did. LL Cool J gave me the award. I was back to work the next day, back in the small room on my own, so the glamour doesn't last long.

NP & DN> You are probably best known for your work on the five James Bond film scores. How did you inherit the job when John Barry stepped down? Were you nervous?

DA> Eon/MGM offered me the job with John's approval. I was sort of nervous, but felt I was ready for it as I’d loved the films and John's music most of my life.

NP & DN> Once appointed as composer and arranger for the bond films, did John Barry have any input in the scores or were you left completely to your own devices?

DA> John didn’t have anything to do with it. It would have been a bit odd if he had been involved. We never spoke about it, we went out regularly for dinner or just met up and stayed friends. Work wasn’t part of that relationship.

NP & DN> Do you have a favourite bond score or film you enjoyed working on most?

DA> I've enjoyed working on most of the films I've scored very much, with nice people. Casino Royale was a good project and I also loved Hot Fuzz as I never stopped laughing.

NP & DN> How do you manage to keep the arrangements of the bond theme fresh and up to date considering that the movies are in some respects formulaic and the main themes always predetermined?

DA>I'm not sure if I do. I try to, but it’s up to the audience to decide whether it's worked or not. I just try to give the theme some oomph every time I use it.

NP & DN> Prior to the Bond appointment you released an album of interpretations of Bond music titled ‘Shaken and Stirred’. How did this project come about? Was it part of a cunning plan to be considered for 007 duties or was it simply because of your love of Bond music?

DA> I always wanted to make records as well as score films. I loved the Bond songs and thought it would be fun to do it so I started it on my own. I recorded 4 tracks and then took them to some record companies to see if anyone wanted it. East West picked it up and I finished it with them. I like doing things I think are fun and funding it yourself gives you license to do whatever you want. I don’t buy clothes, go on holiday, have a car or buy jewellery so I spend my money on instruments and recording.

NP & DN> Last summer you were appointed music director for the London Olympic and Paralympic games, something that must have been an honourable and nerve racking task. What exactly did the role involve?

DA>I was part composer, part arranger, part producer and part curator. That about sums it up.

NP & DN> The opening and closing ceremonies of the Olympics and Paralympics were probably the biggest live performances ever seen in this country. Did anything go wrong or were they all impeccably planned and executed?

DA> I couldn’t possibly say what did or didn’t go wrong, but I think we were all very fortunate that it went as well as it did. I was proud to be amongst this country's finest professionals who ensured that it happened the way it happened.

NP & DN> You currently working on the soundtrack to the BBC’s third series of Sherlock. How does working for tv differ from working on a film score for you?

DA> There is a lot less money, it all goes on the screen as far as budget goes, but it’s a little more intimate and you have less time to work. It's a different kind of pressure. Sherlock is a little like three, ninety minute films. I couldn’t do it without my co writer Michael Price, we work together with a fabulous team who each help us get the music delivered.

NP & DN> What advice would you give yourself if you could go back in time to when you were originally starting off?

DA> Do it all exactly the same way or you may not end up answering questions about how well its all going.

NP & DN> Your studio is on fire and you only have time to grab one thing – what do you take?

NP & DN> Thanks David, it's been a pleasure talking to you.

For more information about the Music+Sound Awards, please visit WWW.MASAWARDS.COM

The Music+Sound Awards 2014 is open for entries until 30th November 2013. Visit their website for details on how to enter your work.