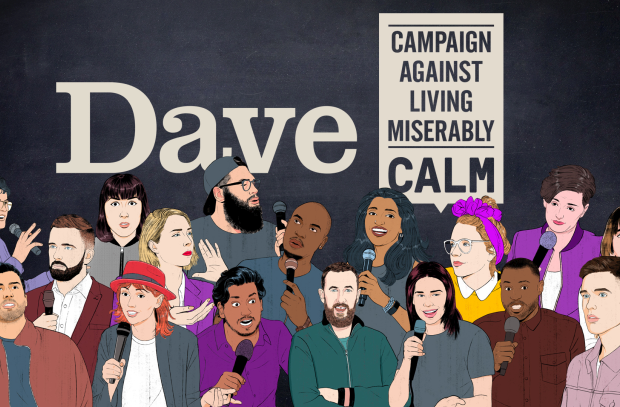 UKTV’s comedy channel, Dave, is taking over a commercial ad break and will use the time for the first ever ‘Comedy Festival in an Ad Break’ as part of its partnership with the Campaign Against Living Miserably (CALM), a leading movement against suicide, which remains the single biggest killer of men under the age of 45 in the UK.

To celebrate International Friendship Day on Tuesday 30th July at 9.12pm during Taskmaster, instead of adverts and TV trailers, the channel will instead air funny anecdotes about friendship from top comics including Lou Sanders, Natasia Demetriou, Alex Horne and Phil Wang.
The four-minute ad takeover is audio with animation and is made by UKTV’s in house creative team. The full line-up of 17 comedians is: Ahir Shah, Alex Horne, Dane Baptiste, Darren Harriott, David Mumeni, Ed Gamble, Elf Lyons, Jamali Maddix, Jessie Cave, Lou Sanders, Maisie Adam, Natasia Demetriou, Phil Wang, Pierre Novelli, Sindhu Vee, Stevie Martin and Zoe Lyons.
The long-term ‘Be the mate you’d want’ campaign kicked off in 2018 with promos on Dave’s airtime, print and out of home ads, radio ads across the Global Radio network, social media, branded beer mats and coffee cups. Early in 2019, the Dave/CALM Conversations Against Living Miserably podcast launched which swiftly moved into the top 20 iTunes chart for comedy. The partnership is to encourage and support male friendship as part of a shared ambition between CALM and UKTV to tackle male depression and suicide. It centres around the idea that small gestures from a friend can be a lifeline for someone going through a tough time. The ad takeover and subsequent promos will encourage people to do something to show a mate that they’re there for them. 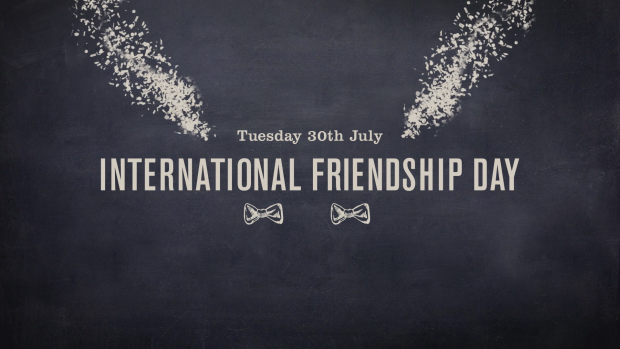 Luke Hales, Dave’s channel director, commented: “We want to use Dave’s reach to encourage people to get in touch with friends who need a reminder that someone is thinking of them and someone cares. The Comedy Festival in an Ad Break is a unique Dave way of doing this. Funny and warm, and ultimately by encouraging men to reach out to their friends, we are supporting CALM’s mission to create a more positive and open culture when it comes to mental health.”
Simon Gunning, CEO of the Campaign Against Living Miserably (CALM), said: "We’re delighted to bring the next exciting phase of the ‘Be the mate you’d want’ campaign with Dave and UKTV to life. Comedy can be a fantastic platform for what may have traditionally been deemed difficult conversations around mental health and being there for your friends when things get tough. This partnership allows us to reach a broad audience with a funny and entertaining execution, all underpinned with an important message throughout."
view more - Creative