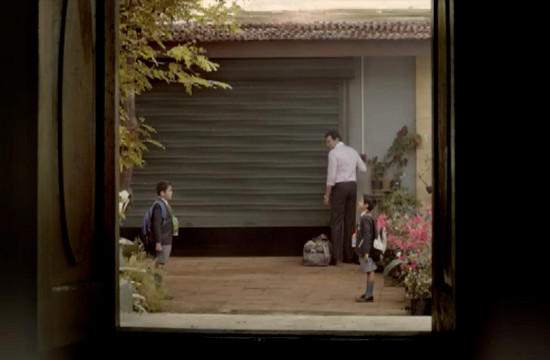 Last month, Nissan re-launched the iconic brand, Datsun, delivering its first new car, the Datsun GO, since the turn of the 21st century to proud owners in Delhi, Chennai and Kolkata.

The Datsun GO is positioned as the ideal option for the burgeoning middle class who dream of having their own car. The launch is supported by print, digital activation, on-the-ground events, and below-the-line activities.

Additionally, the campaign was preceded by a city roadshow that gave Datsun India the opportunity to engage with potential customers and familiarise them with the product more closely.

Datsun GO is an innovative product equipped with the latest technologies, including an advanced powerful 1.2-litre petrol engine that delivers top class fuel economy. Its one-class-above body size is in a much more affordable price range, and this makes the Datsun GO a model that can effectively compete in India’s most competitive and voluminous segment of passenger cars.

The strategy and communication, developed by TBWA\India, was born from the innate need of people who are looking for a superior first car experience. The Datsun experience welcomes first-time car buyers to the ‘Big League’ with more features, more power, and world-class after-sales service. It ensures that the buyer is welcomed into the automotive family and taken care of with as much importance as any other car buyer.

“The original Datsun brand contributed to mass mobility in Japan and other countries where people fulfilled their dreams of becoming car owners,” said Kenichiro Yomura, President at Nissan India Operations. “Our aspiration is to help customers fulfill their dreams with the Datsun brand here in India as well.”

Commenting further on the campaign, Nirmalya Sen, President of Advertising at TBWA\India Group, said, “The first car is special. The Datsun experience is designed to make it a lot more memorable. With a category-redefining car and a car buying and owning experience like never before, it leaves you with the feeling of having entered the ‘Big League’ even if you have just entered the category. The campaign attempts to bring this feeling alive through the eyes of an Indian family.”

The brand film captures the excitement of a family, especially the children, on the arrival of their very first car. It is reflected through the dramatic welcoming of the car by the two little brothers in the family. They introduce their ride to school as if it was a king’s chariot and make their father feel like royalty. The film translates the emotion felt by the first-time car buyer with an honest and relatable story. The car itself is shot naturally to keep with the brand’s promise of delivering trust.

“The arrival of the first car in the family is replete with rituals and reverence that is second only to an addition of a family member,” said Parixit Bhattacharya, Chief Creative Officer of TBWA\India Group. “When that car is as special as Datsun GO, it is given a royal salute, even by the youngest members of the family. The launch commercial imagines this reverence through the eyes of two little boys who are smiling their way into the ‘Big League’.”