Data Distortion: Behind the Scenes on an Investec Campaign That Questions Our Modern Obsession

Behind the Work 455 Add to collection 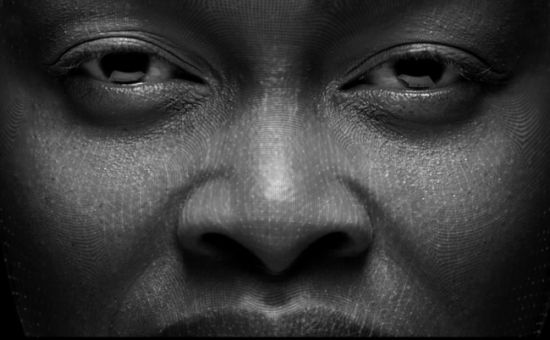 Data. Data, data, data. In recent years, it seems, theadvertising industry has been unable to stop talking about it. Depending on who you ask, it’s either the creativity killer or our new lord and saviour, making business and communications stronger, faster, more productive…

A new campaign for private bank Investec questions this over reliance on data. The campaign from Wunderman Aqua South Africa, Velocity Films and Glassworks highlights the problems that come with reducing individuals to their most basic demographic information, lumping them into together as faceless averages.

The campaign was inspired by the discovery that Ozzy Osbourne and Prince Charles share the same demographic profile – older dudes,born in the UK, with stacks of money and grown up children – an idea that illustrates just how big data can leave out the most important information. Instead, this film emphasises the more personalised and individual approach of Investec.

Theo Ferreira, ECD at Wunderman Aqua, South Africa explains:“Service providers are becoming increasingly reliant on data and analytics to establish their clients’ needs, however, it is in this process of digitisation that the individuals lose their uniqueness as they get herded into an average mass.”

Thanks to some inspired CG artistry by the team at Glassworks London, the concept is conveyed by a series of shifting, digitised faces. “In this new film for Investec Private Bank, conceptualised by Wunderman Aqua and directed by Greg Gray of Velocity Films, these sentiments are conveyed in a powerful and thought provoking way,” agrees Theo. “The result, a hauntingly beautiful execution demonstrating that we as individuals are averaged together to become an undefined “collective”, which provided you’re with Investec Private Bank, you won’t ever be.”

The project was a truly international collaboration.Director Greg Gray of Velocity Films in South Africa worked with Glassworks in London to bring the vision to life – and perhaps this virtual partnership helped put all involved in the right mindset to create the Matrix-esque reality of the final film.

"Working remotely across continents on a visual effectsproject can be daunting. Everyone had a vision and Glassworks were amazing atenabling and facilitating the kind of collaborative platform that helped us bring this concept to life. We felt they had our back every step of the way,totally invested on every level, with huge heart, passion and enthusiasm. Aprofessional experience from beginning to end,” says Greg.

The most immediately striking aspect of the film is the dystopian cyberspace vibe, but, as Glassworks London Head of 2D Duncan Malcolm and 3D artist Matt Fletcher explain, the film was built from a well-crafted live action foundation.  “The humanity in the casting and ultimately the photography was very important to make the audience believe and like the main protagonist and his data distortedalternative states. These fantastic portraits were an amazing starting point to build from.

The film was created by distorting and rebuilding the heads of the actors. Velocity commissioned head scans during the shoot days so that the team at Glassworks would have something to work from. “These were used to track and rebuild the hero heads and subsequently all the other ones too,” say Duncan and Matt. “These geometry heads were processed to all have the same topology and point count, then fed into our various 3D particle and data infrastructure systems. This enabled us to apply custom 3D blending between actors in a more natural/evolving way, allowed our 3D setups to achieve a highly accurate flow around the different contours of the faces, and aided in achieving realism in facial shading across the small particles and very thin wires which made up the majority our 3D render passes. The data design involved several layers of "data infrastructure" designed to symbolise data aligned to describe a person.”

A great amount of attention was paid to the aesthetic of the film and the effects, in order to create something that the audience would be able to understand but which was also original in its design.

“It was important that the virtual construction had its own unique look and behaviour and didn't feel like a cliché. We developed quite afew looks before everyone settled on a happy middle ground between digital andnatural. The balancing, blending and augmentation to the distortions were done in comp and constantly tweaked to help the narrative stay strong from beginning to end. Glassworks' head of colour Daniel De Vue was also integral in the process,setting a strong look at the beginning and being on hand to revisit as the project and compositing built," say the Glassworks London team.

“"The success of the commercial for Investec Private Bank stems from the attention to detail invested into every stage of the project,” add Duncan and Matt. “The clear vision from the agency and considered and concise guidance from Greg helped Glassworks craft what has ended up as a strong and beautiful piece.”view more - Behind the Work