Daryl Goodrich Creates An Ode to the Olympics

Olympic Museum gets unique 180-degree film 'Inside the Race' 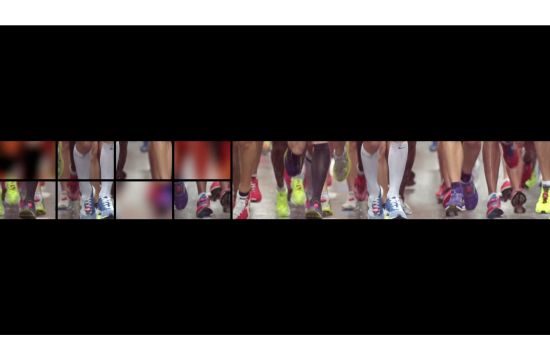 Sports filmmaker Daryl Goodrich, who directed the Olympic films 'Inspiration' and 'Sport at Heart' for London 2012, has been commissioned by Centre Screen Productions Ltd to direct a 180° surround sound film, that will be used as the centerpiece for The Olympic Museum, in Lausanne Switzerland. The Museum has recently undergone a massive makeover and re-opened on Saturday 21 December.

The film, called 'Inside the Race', portrays the experiences and emotions of being  part of the competition at the Olympics, the highs, lows, and the incredible strength and fortitude needed to overcome the odds and strive to your best.

Daryl discusses the creative concept of the film;
“Within the narrative we have focused on five different emotions, reflecting the stages that an Olympian goes through while taking part in the competition – focus, concentration, pain, desire and determination. To win an Olympic medal (or not) you will experience all of these things, and the difference between an Olympian and ordinary people, is that Olympians have what is required to go harder and further - their whole lives will have built up to this one moment.

Once we had decided that the story of the film would be to follow the journey an Olympian takes to strive to win, we had to find the best way to portray those emotions in an authentic way. Luckily we had access to the greatest archive of filmed footage of the Olympics – countless amazing sporting moments – meaning our hardest job was the narrowing down over 53 hours of footage, and the search for exactly the right shots for each different part of the narrative.

Another consideration was the large screen format, as well as the mix of different formats contained within the archive (including black and white, 16mm, Super 8mm) - it had to look original, and above all exciting.

So to bring the amazing archive footage to life even more, we projected it against various surfaces, chosen to represent the part of the story they were being used for. For example, the ‘pain’, footage was reflected against razor blades, and the shots used for ‘determination’ were shot against footage of paint bubbling under heat. This approach meant that it didn’t matter what format the archive footage was in, it would be given a new lease of life and shown in a completely unique light.

We also stretched different materials to the point of tearing, with the images projected upon them, to represent the tearing of the Olympian’s muscles, the limits to which they can push their bodies.”

Daryl on directing a sporting film;
“I always strive to make a film that will make my own hair stand on end, and to get my heart pumping. I watch as a viewer rather than a sportsman, and so the question during filming and editing is always whether it will make people feel the way we want them to feel, that is to grasp the passion, fear, strength and goes into being an Olympic athlete.

The filming techniques we used and the 180 immersive environment have helped to heighten the experience for the visitor to ensure they feel the emotion, intensity and awe-inspiring sensation of being an athlete at the pinnacle of their game, pushing themselves to the edge and beyond.”