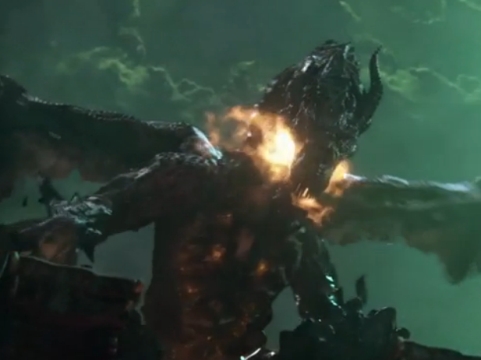 Centered around a series of online videos and a TV commercial, FCB West has released its fully immersive Dragon Age: Inquisition campaign. The all-encompassing digital experience both challenges and rewards fans with bonus content like no other advertising campaign to date.

While other games make players pre-order or purchase bonus content, FCB West wanted to reward DAI fans for feeding their need to explore with free, exclusive in-game content. So they created the “Quest for the Red Lyrium Reapers,” an interactive experience housed on DragonAge.com that first challenges players to find hidden content within the campaign videos and then rewards them with an unprecedented incentive—a free in-game weapons pack.

From a loyalty and retargeting perspective, FCB West has created a truly unique campaign—one that is able to track how far fans get in their journey, or “quest,” and then shift its advertising messages accordingly. From a player’s first viewing of a character video to the delivery of the weapons pack into their Origin account, FCB West is able to follow their progress and deliver targeted messaging throughout the entirety of the campaign.

With a strategy rooted in players’ need for discovery, FCB West has created a 360-degree interactive experience that informs, motivates, and rewards its audience with the content that they crave. Excitement for a Dragon Age game has never been greater.