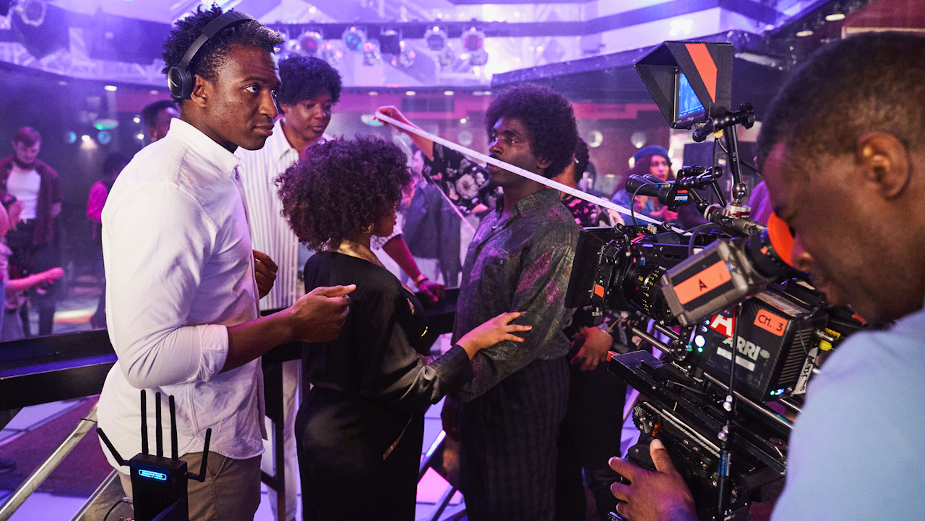 Dark Energy Films founder/MD, Matt Brown comments: “We look forward to not only collaborating with Ian on his commercial work, having absolutely loved his reel, but to also beneﬁting from his passion for baking! We’ll pop the kettle on!”

Ian works across comedy and drama and has directed a range of commercials for brands including Google, Imperial Leather and Jose Cuervo. He has also directed three series of the online phenomenon The Wembley Cup for YouTube, which gained over 120 million views.

A graduate of the prestigious National Film and Television School, Ian was been selected as a Broadcast Hotshot Director and named as one of Channel 4’s ‘Directors Watch’

Ian has always been a vivid story-teller and is a resident director for the BAFTA Rocliﬀe New Writing Showcase, working with a variety of new talent both behind and in front of the camera.

Ian is known for his ability to deliver stories that are cinematic and textured with a playful charm - mixing his African heritage and his London upbringing to bring his unique voice to every production. His passion in working closely with acting talent helps him to always achieve dynamic performances both with experienced and young performers.

Ian has just ﬁnished directing on Series three of the Sky 1 comedy - IN THE LONG RUN, created by Idris Elba and produced by Green Door & Sprout Pictures which launches on Sky today. The show stars Idris Elba, Bill Bailey, Jimmy Akingbola, Madeleine Appiah and Kellie Shirley. He has also directed a brand new children’s comedy series for BBC, called ANDY AND THE BAND which launched in February 2020. Prior to that Ian directed on Series eight of the BAFTA nominated Children’s TV series THE 4 O’CLOCK CLUB for CBBC. He has several projects in development across ﬁlm and television both in the UK and for American SVOD’s.

Ian’s focus is on creating more bold cinematic stories which explore the themes of distorted realities and the shifting idiosyncrasies of the human condition in respect of morality and vengeance. Wrapped in dark humour and pop culture references.

Ian comments: ‘I’ve admired Dark Energy’s work for a while and love not only their body of work but also their approach to both short and long form. Our shared passion for storytelling, comedy and cake felt like the perfect match!’

You can view his reel here