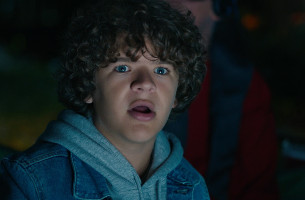 FIOS is the best internet for streaming. And this Halloween, as you might know, is the season for streaming shows.

In FIOS’ latest spot, Gaten Matarazzo is camping with friends in the backyard. When a neighbour approaches and asks them about their devices, Gaten explains the benefits of running all of their tech on FIOS. The neighbour then spins a scary tale of a time before fibre optics when bandwidth was limited and videos and gaming would just stop… dead. An unconventional ghost story that scares Gaten and his friends who have only known Internet at its best. Because they have FIOS, the 100% fiber optic network.