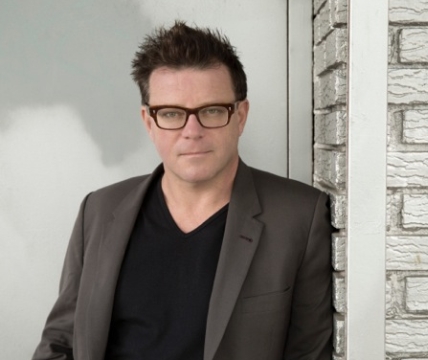 Dapper, the dedicated comedy division of Believe Media, is pleased to announce the addition of 2014 Grand Prix winning director and DP Damien Toogood. A Sydney native now living and working in Los Angeles, Damien’s capacity to create highly visual experiences in comedy and other genres has led him to global success – or a ticket straight to the fiery inferno down below, if you ask a certain resident of the Vatican.

Despite one of his early film campaigns in support of Voluntary Euthanasia causing the late Pope John Paul II to call him “an abomination to the human race,” Damien’s career and sense of humor were not put down early – in fact, they were just about to take off.  The spot earned the former Catholic altar boy his first Cannes Lion – and some solace from any harboring guilt.  He hasn’t looked back since, continuing to bring a refined simplicity and natural comedic rhythm to the art of storytelling, letting the focus remain on the idea at hand.  This style has been on display for global mega-brands including Coca-Cola, Chevrolet, Renault, Pepsi, and Nescafe, to name just a few.

But Damien’s story does not start and end with his papal connection.  In fact, his is not just one story but a series that have shaped him over the last 20+ years from a lowly photographer of celebrity and politicians for major magazines to a glamorous, singing “Gorilla Gram” while studying film at USC.  He attributes his time in the suit of this beast, relaying messages from jilted ex-boyfriends, as laying the foundation for the comedy that would go on to be a touchstone of his work.

But much like his life experiences, Damien’s filmmaking is multi-dimensional.  His signature style is highly visual, a distinction he attributes to working as both a director and DP.  This, combined with his comedic prowess, is what really sets Damien apart.  “I think having knowledge of the technical side has given me a more complete understanding of the language of film,” he says. “Creatively, the images are 'at one' with the idea and the direction. And on a pragmatic level, it feels more streamlined.” Not to mention it expedites the shooting process (let’s be straight, it’s two jobs for the price of one) - a perk his clients reap the benefits of.

And the awards have validated this inimitable style. Most recently, Damien took home the 2014 Cannes Grand Prix for Creative Effectiveness for his V/Line “Guilt Trips” campaign, which went on to generate $4 million in new revenue from ticket sales for V/Line.  Existing first as only a print campaign, Damien approached McCann Melbourne with the script that would evolve it into a hilariously relatable spot, employing deadpan humor to showcase how parents ‘guilt’ kids into returning home for a visit.  Grand Prix jury president David Sable told reporters, "What we loved was the insight was so fresh and so universal”. Pat Baron, ECD of McCann’s Melbourne, currently the worlds most awarded creative along with John Mescall (the co- creators of the ‘Dumb Ways to Die’ Campaign), said

“Damien’s belief in the campaign and the idea of a ‘Guilt Trip’ when it was print, and his efforts and collaboration on turning it into the script it became, are very much a part of this GRAND PRIX success. Damien is an amazingly gifted director who gives his all to his projects. Thank you Damien. You invested and bought into this idea in a way no other director could and we are proud of you”

That inventive, style-spanning versatility fits Damien Toogood perfectly among the troupe of fellow comedy-makers on the Dapper roster. Since signing with the company less than a month ago, Damien has already shot a Hyundai campaign for Innocean Canada and a Dannon campaign for Y&R.

Dapper Executive Producer David Lyons, along with Believe Media EPs Luke Thornton, Liz Silver and Mark O’Sullivan enthusiastically welcome Damien Toogood to the Dapper collective, as he ventures to create more interesting and entertaining stories both in his personal life and for the screen.