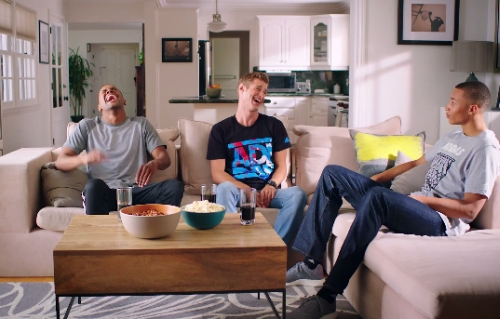 The "Life Changes After the Draft" campaign was written and produced by The Vault and edited by Jeff Ferruzzo at Arcade Edit.

In one of the spots, entitled " Paparazzi," Exum expresses concern about going to a Foot Locker store due to the possibility of paparazzi being there, to which his friends respond by laughing uproariously, knowing he's a relatively unknown commodity in the United States.

Another spot, entitled " Autograph," shows a friend catching Exum practicing his autograph, subsequently causing him to become dejected. Other spots in the series feature Exum in a range of humorous situations, including wondering about how to deal with fan mail, convincing a neighbor he's a basketball player and struggling to make a restaurant reservation with his foreign accent.