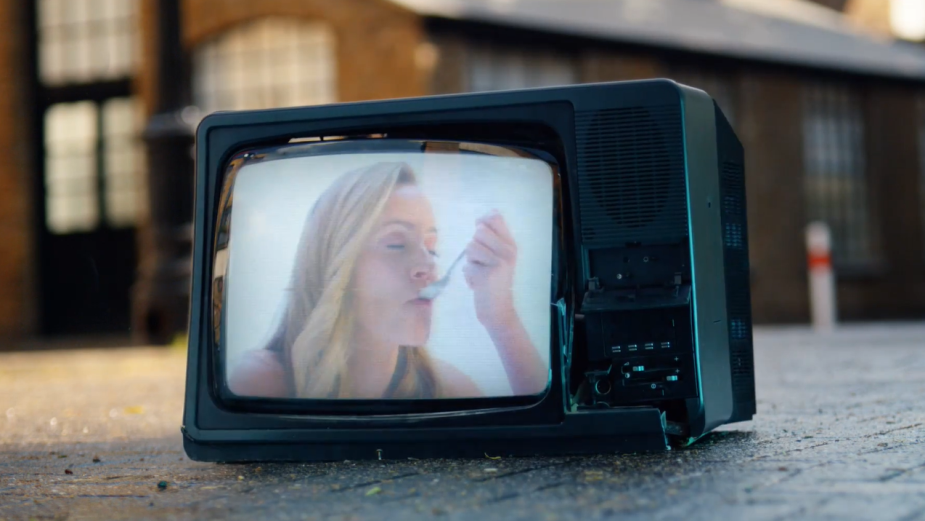 Having observed a shift towards a much more holistic outlook to diet, Light & Free launches a new campaign. Work from The&Partnership taps into consumers’ changing attitudes to health and diet, catering to a more discerning consumer who are unwillingly wanting to give up flavour and enjoyment when looking for low-fat options. With an overt focus on 0% credentials over flavour and tired clichés in its advertising, the light yogurt category feels out of step with this changing consumer mindset.

But Light & Free believes that it is possible to be mindful of what we eat without sacrificing enjoyment and that it’s the duty of light brands to provide tasty and satisfying foods that help people stay on track with their goals without pressuring them to fit a mould.

Led by a TV spot that parodies the instantly recognisable and outdated tropes of the category, the campaign positions Light & Free as an ally for consumers who are looking for yogurt options to help make them feel good. Employing a playful, punk-inspired look and attitude across channels, the work crashes clichés (literally – watch out for flying tellies) to announce a ‘light yogurt* for real tongues’ that is ‘Light and Free-kin’ Tasty’. Ultimately this new work seeks to be the antithesis of a category obsessed with what it’s free from, instead focusing on what Light & Free is full of – great taste and a joyfully rebellious attitude.

Running in the UK and Ireland, the TV and VOD spots were shot by Jim Gilchrist and Outsider, with post production by Number 8. The through-the-line campaign is amplified on social, digital and shopper.

Micky Tudor, ECD, The&Partnership, says: “In a category that takes itself way too seriously, we didn’t. We chucked out yogurt advertising clichés. Literally. Out of a ten-storey window in fact. Light and Free-kin’ Tasty is the platform we hope will start to bring a little much-needed rebellion to the yogurt aisle."

Julia Lowbridge, marketing manager, Danone, says: “We see Light & Free as the light yogurt rebel - the antithesis of a category that is about sacrifice, where the focus is what the products are free from. Instead, this campaign showcases what we’re full of: a carefree and unpretentious attitude and truly great taste. We’re aiming to connect with consumers who are looking for healthy but tasty options that come without pressure, whilst entertaining a few people along the way."