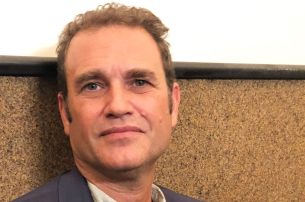 Matt Miller, President and CEO of AICP, announced today that Danny Rosenbloom, a leading figure in the production and post production community and a longtime board member of AICP, has joined the Association as the new Vice President, Post and Digital Production.

In this role Rosenbloom will work closely with Miller and his senior team, which in addition to Rosenbloom comprises Denise Gilmartin, VP, Business Affairs; Jane Nuñez, VP, Labor Relations; and VP, Operations/Chief of Staff Kristin Wilcha.

Rosenbloom will be responsible for promoting advocacy, education and other initiatives geared toward AICP’s post production and digital production membership. He succeeds Rachelle Madden, who joined AICP after its merger with AICE, the post production trade association, where she had been Executive Director since 2014.

“I couldn’t have thought of a better candidate to replace Rachelle as she moves to the other side of the world to pursue personal interests,” said Miller. “Danny came to me with a real vision on what this role could do to expand our agenda and offerings for our growing post membership. I’m excited to go forward with this new team.”

Prior to joining AICP, Rosenbloom was Co-Founder and Executive Producer of Inter-state, a New York-based mixed-media company that produced award-winning live action, design and visual effects. He spent many years with Brand New School, which he joined as Executive Producer before being named Partner and Managing Director. While there he led the company’s New York and L.A. offices, opened its London office and transitioned the company, known for its work in design, graphics and visual effects, into the immersive and interactive arenas.

A fine artist by training, Rosenbloom started his career working for a number of design and production studios on projects for clients in advertising, broadcast promotion and the arts. He was twice on staff at PSYOP, first as a senior producer and later as an executive producer, and also launched Manic, later rebranded as Poetica, the visual effects and design arm of jumP Editorial.

Rosenbloom has a long history of activism and leadership at AICP, having served on its East Board and National Board and as a founding member of its Digital Board. He’s also been a member of its National Labor Committee, where he served on negotiating teams, and has been one of the AICP production training seminar instructors. During this time he’s helped draft labor guidelines for California and New York and led seminars and panels on post production as part of AICP conferences and events.

In his new position Rosenbloom will steer a variety of post and digital production matters at AICP, including developing educational and informational content for round tables, seminars, white papers and other outreach efforts. He is also tasked with ensuring that AICP’s post and digital production members are fully aware of the benefits that AICP membership provides, such as access to the AICP Legal Initiative, which offers legal advice on non-compensation related topics including agency con-tracts, and participation in Producers’ Health Benefits Plan (PHBP), among others. In addition, Rosenbloom will advise on planning and policies for the AICE Awards, as well as the annual Camp Kuleshov trailer competition.

“One of my main goals is to make sure that our post and digital production members, particularly those who joined as part of our merger with AICE, know that their voice is being heard, and that their issues and concerns are being advocated for by someone who comes from their world,” Rosenbloom says. The coming together of both production and post under the AICP banner, he adds, “strengthens the voice of all independent companies working for agencies and brands.

“Our organisation has great reach within the industry, and we’ve had tremendous success advocating for our members on multiple fronts,” Rosenbloom continues. “I have a long history of fighting to address the challenges that are front and centre in the post world, and I hope that our post and digital production members know that they’re getting someone truly passionate about their issues in this role.”