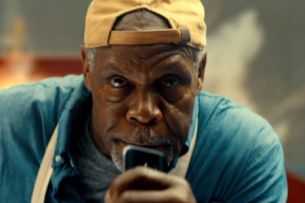 "Time" can fly, slip away, or run out, and once it's gone you never get it back. Just ask actor Danny Glover, who often plays characters that find themselves in time-constrained situations.

So if time matters so much, why wouldn't you get a Galaxy S7 or Galaxy S7 edge with a long-lasting battery and wireless charger? The spot, created by W+K Portland and directed by Stacy Wall, aired during the NBA Finals.