Danilo joined BBDO NY in 2009 as an Art Director 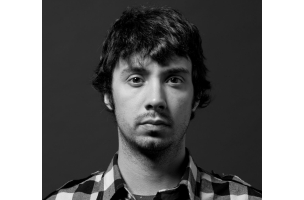 BBDO New York has announced that Danilo Boer, a Senior Creative Director, has been appointed as Head of Art and Design at BBDO New York – a new position.  In this role, Danilo will be responsible for raising the level and quality of work across the board and will report directly to Greg Hahn, CCO New York and David Lubars, CCO BBDO Worldwide.

“Anybody who has worked with Danilo knows that he is a creator with impeccable taste, unbridled enthusiasm and a gift for elevating the work,” said Hahn. “He’ll be doing what he’s been doing since he started here – we’re just making it official.”

Danilo joined BBDO New York in 2009 as an Art Director. During this time, he has created award-winning work for clients such as AT&T, Foot Locker, Guinness, Mountain Dew and Visa. Danilo has been chosen as an ADC Young Gun of 2009, named on a 30 under 30 list and served as a juror at the Cannes Lions Festival in 2014. Over the course of his career, Danilo has won more than 20 Lions including a Cannes Lion Grand Prix for Billboard Magazine.

Prior to joining BBDO New York, Danilo worked at Almap BBDO in Brazil, where he worked on a wide variety of clients and brands, from Pepsi to Volkswagen, Havaianas, Getty Images, Billboard Magazine and more.

“Danilo is a great leader and talented as hell,” said David Lubars. “It’s a no brainer.”

Danilo will assume his new role immediately as Head of Art and Design of BBDO New York immediately.