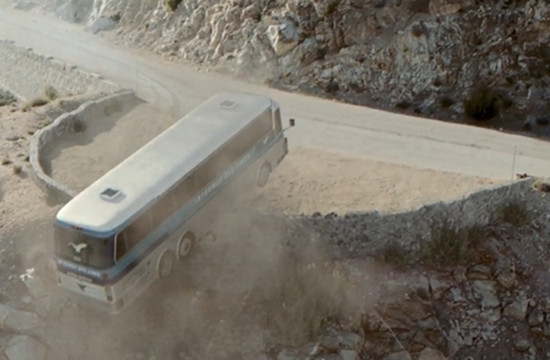 AT&T’s ‘More for Your Thing’ campaign is going Hollywood.
The campaign, which was launched in February as a way to demonstrate AT&T’s range of services that give customers more of what matters, is opening the curtain on a new phase of ‘More for Your Thing’ work emphasising its customisable entertainment offerings.
To reinforce how AT&T can provide movie lovers with more of their thing, BBDO, AT&T’s creative agency partner, and Somesuch x Anonymous directed Daniel Wolfe have created a series of mash-ups which blend movie genres in completely unexpected ways. For example, suspense combines with musicals and romantic comedy finds its way to horror.
The first film, ‘Surprise’, airs this month; a second film, ‘Bus’ will debut in August.
Beginning this summer and continuing over the next year, AT&T has entered into a media partnership with NCM (National CineMedia), the largest cinema media vendor in the U.S. The partnership, which was secured by AT&T’s media agency Hearts & Science, enables AT&T to run :90 second films during the previews before all the biggest films, such as Jurassic World, Mamma Mia! and more.
view more - Creative