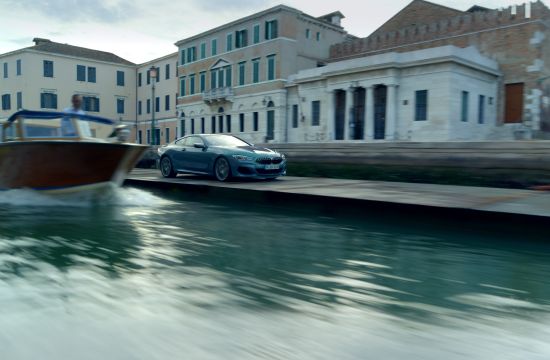 In Autumn 2017 Serviceplan Campaign International in partnership with BMW conceived a new identity for the luxury segment of BMW in the form of 'Bayerische Motoren Werke', a long-term branding for luxury automobiles of the brand, and the high-end services offered to their customers.
THE 8 is the first model from BMW’s new luxury offerings, followed by THE 7 and THE X7, and Serviceplan Campaign International were behind the creation and production of a stunning film marking the worldwide market launch starting in November 2018.
For the first time ever a car was physically driven on the canals in Venice, where a film crew were granted permission to film with a video drone, and the city allowed several pontoons especially for the shoot. Directed by Daniel Wolfe out of Anorak Film in Berlin, the film’s protagonist is a young boy who is a big car enthusiast, unfortunately growing up in Venice, a city with no cars but countless boats. Cut to approx. 20 years later and the grown up man is living out his dream by driving THE 8 through the Venetian canals. Passing iconic places such as Canale Grande and Rialto Bridge.
No matter what we have done in life, what we have achieved, or what the future will hold for us – there is a certain magic to those moments we did something for the first time: the first time we kissed, the first step we took, the first time man landed on the moon. These are the moments we will never forget, we will remember differently, as being more pure, more intense. That’s because doing something for the first time often takes courage, it takes guts to question the given; it takes imagination to find that unbeaten path, the power to dream big – and the audacity to make it happen. Therefore we took THE 8 to Venice, Italy – a place where no car has ever driven before– a place where a great past meets an exciting present.
An emotional and engaging rollercoaster ride connecting past and present, the boy’s journey starts in the workshop of a water garage where he is introduced to the wonders of mechanics by an old boat master.  Here begins the unbelievable drive of his life through the city of no cars, a metaphor for the ultimate luxury of Bayerische Motoren Werke.
The campaign features a 45”, 30” and 15” TVC, which will be broadcast on TV and online, and will roll out globally as THE 8 is launched around the world.  Also an online feature “City of no Cars” is in development, featuring impressions of Venice as the city where everything and everyone is transported by boat and no cars exist, interviews with Venetians, and behind the scenes of how Serviceplan pulled the stunt off. Short social media edits will be shared on Instagram, Facebook and Youtube.
'Bayerische Motoren Werke' sharpens the profile and positioning of the most exclusive vehicles in the portfolio as an independent product category, and what could be more exclusive than being the first car allowed to drive through the iconic Venetian canals.
view more - Creative 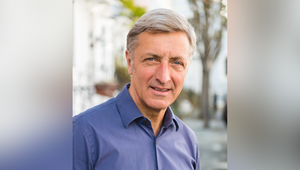 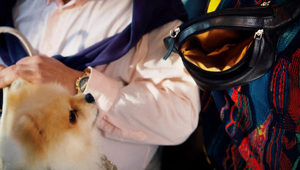