Registered Gas Installers of Ireland and Rothco show you can’t trust anyone with boiler safety, ‘Even if it’s Daniel’ 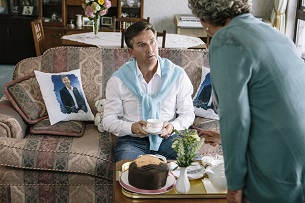 In their first campaign in six years, Registered Gas Installers of Ireland (RGII) partnered with independent creative agency, Rothco, to help them tackle the less-than-sexy task of boiler and gas safety.

The charmingly funny new campaign, ‘Even If It’s Daniel’, is directed by David Kerr, of Mitchell & Web and Inside No. 9 fame, and produced by Speers films.  The spot sees a delighted superfan finally welcome hero, Daniel O’Donnell, into her rather fan-tastically decked living room.  However, her excitement soon flickers out as Daniel innocently asks if she’d like him to check her problematic boiler.

Senior Account Manager at Rothco, Annie Tidy, explains: “We wanted to bring to life the message that you should never use an unregistered gas installer –no matter who they are – in an entertaining way. What was great was that the extensive Daniel memorabilia was generously loaned by real life superfans. One of whom went on to bring the Daniel blind home to get it installed for real!”

Commenting on the campaign, Senior Account Manager Annie Tidy says: “As this is RGII’s first campaign in six years, it was a great opportunity for us to create something new and exciting for the client - and they had a real appetite to do something different in the category. It was really important for us to get cut through for this critical safety message that many people are unaware of.”

The campaign launches on Monday 3rd October with the TVC and will also run in print and on radio and digital. The work is a follow up to Gas Network Ireland’s successful Tommy McAnairey campaign in 2015, which aimed to raise awareness of carbon monoxide poisoning.

Rothco, part of Accenture Interactive, and BASF Show How Electric Vehicles Can Be Even More Sustainable
View all News