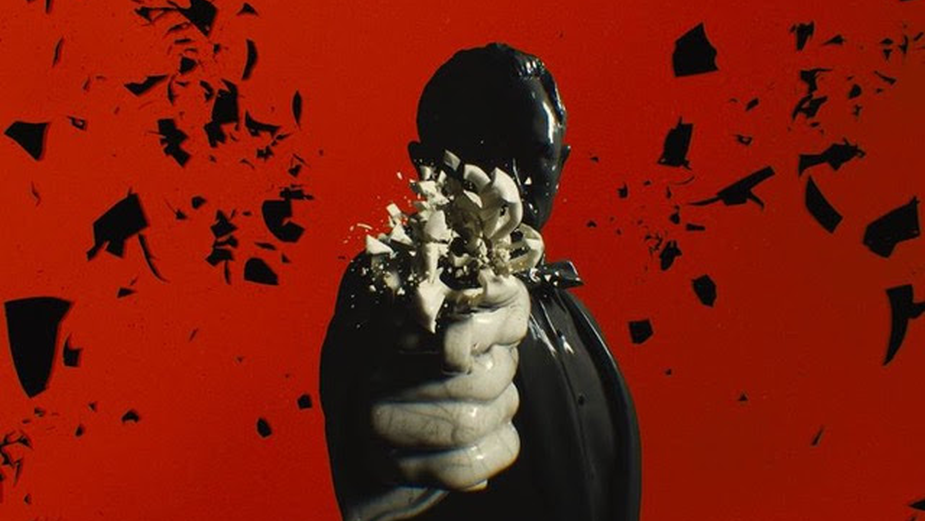 No Time To Die marks the seventh title sequence Framestore has created for a James Bond movie, continuing a 25 year tradition for the creative studio.

The opening title sequence for No Time To Die required a decidedly different approach for Framestore, whose relationship with EON Productions and the James Bond franchise dates back to 1995’s GoldenEye.

Returning to work alongside renowned director Daniel Kleinman, the creative direction for the title sequence included an homage to visual motifs featured in Maurice Binder’s Bond titles. “Maurice set the template for Bond title sequences, so for this era-defining film I wanted to work with a mixture of the old and the new – an analogue look with modern digital possibilities,” said Kleinman.

“The way we developed ideas for this title sequence was one of the most collaborative experiences I’ve had,” said Stephen Goalby, Head of Design, London. “We worked on the brief to conjure some really beautiful imagery. I’m thrilled that the end result conveys the themes that are needed in a 007 title. It feels like Bond, but in a very different way.” 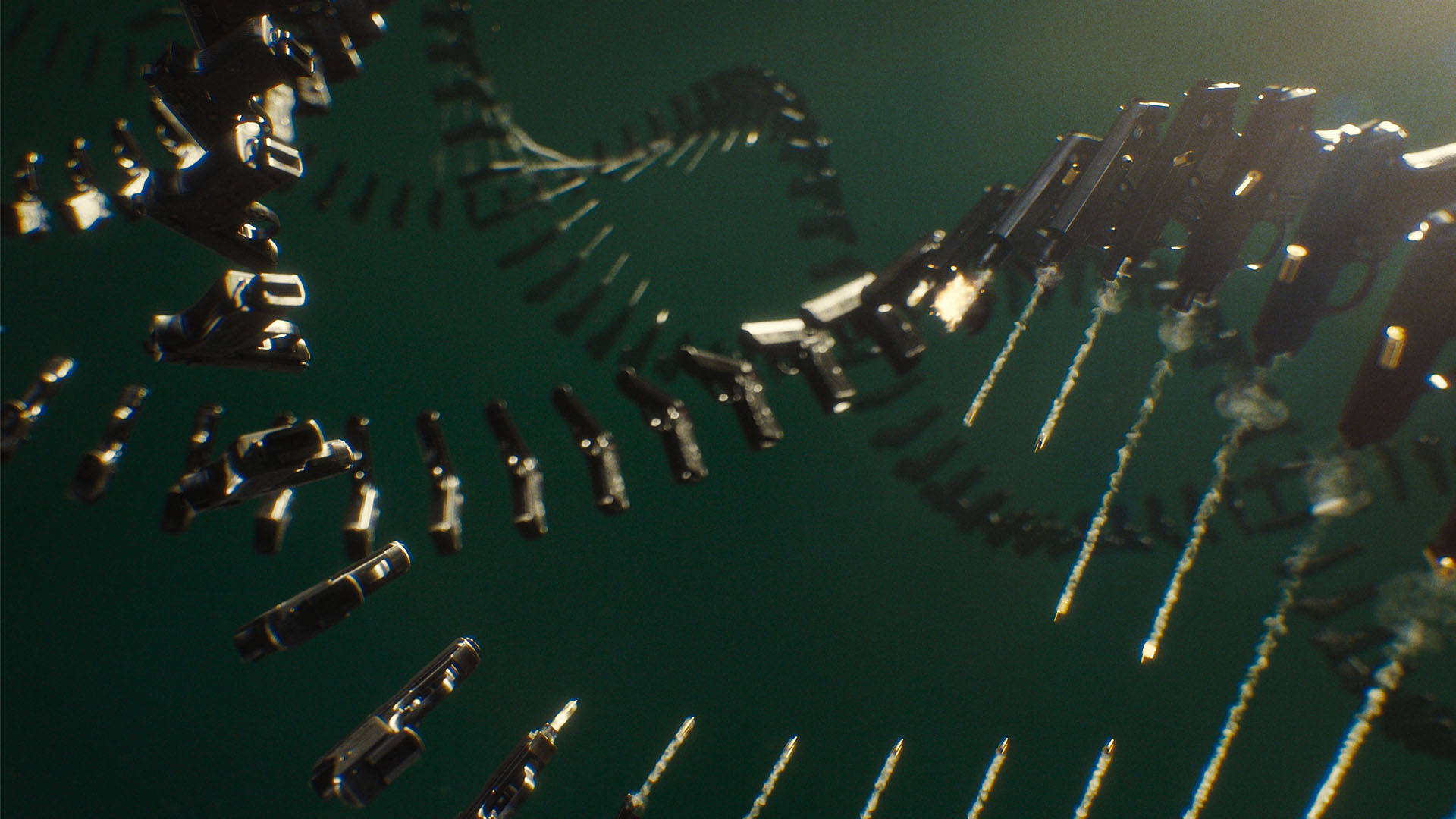 From a statue of Britannia in several states of decay to recognisable James Bond imagery including weapons and vehicles, the team drew on the creative and artistic talents of 59 artists to create and deliver a mixture of CG elements, 2D assets, DMPs, effects and live action plates.

“When you look at the final product, the storytelling and technical expertise shown by our team who have created a nearly four-minute film in full CG at 4K resolution is really impressive,” said Jules Janaud, VFX Supervisor, London.

The visuals, and most-noticeably the colour palette, change dramatically over the course of the titles to signify the passage of time and allude to what’s to come in the film. The creation of each segment presented unique challenges, whether creating realistic effects in sand, water and smoke, or animating a silhouette to move with Daniel Craig’s signature manner and cadence.

The finished title sequence features a total of 5373 frames, the content of which consists of nearly 50 separate CG and 2D assets and took over two and a half million hours of CPU rendering time.

“Even after 25 years of working on 007 title sequences, we’re still aware of the privilege that it is to be asked to be a part of the creative process,” commented Helen Hughes, head of advertising, London. 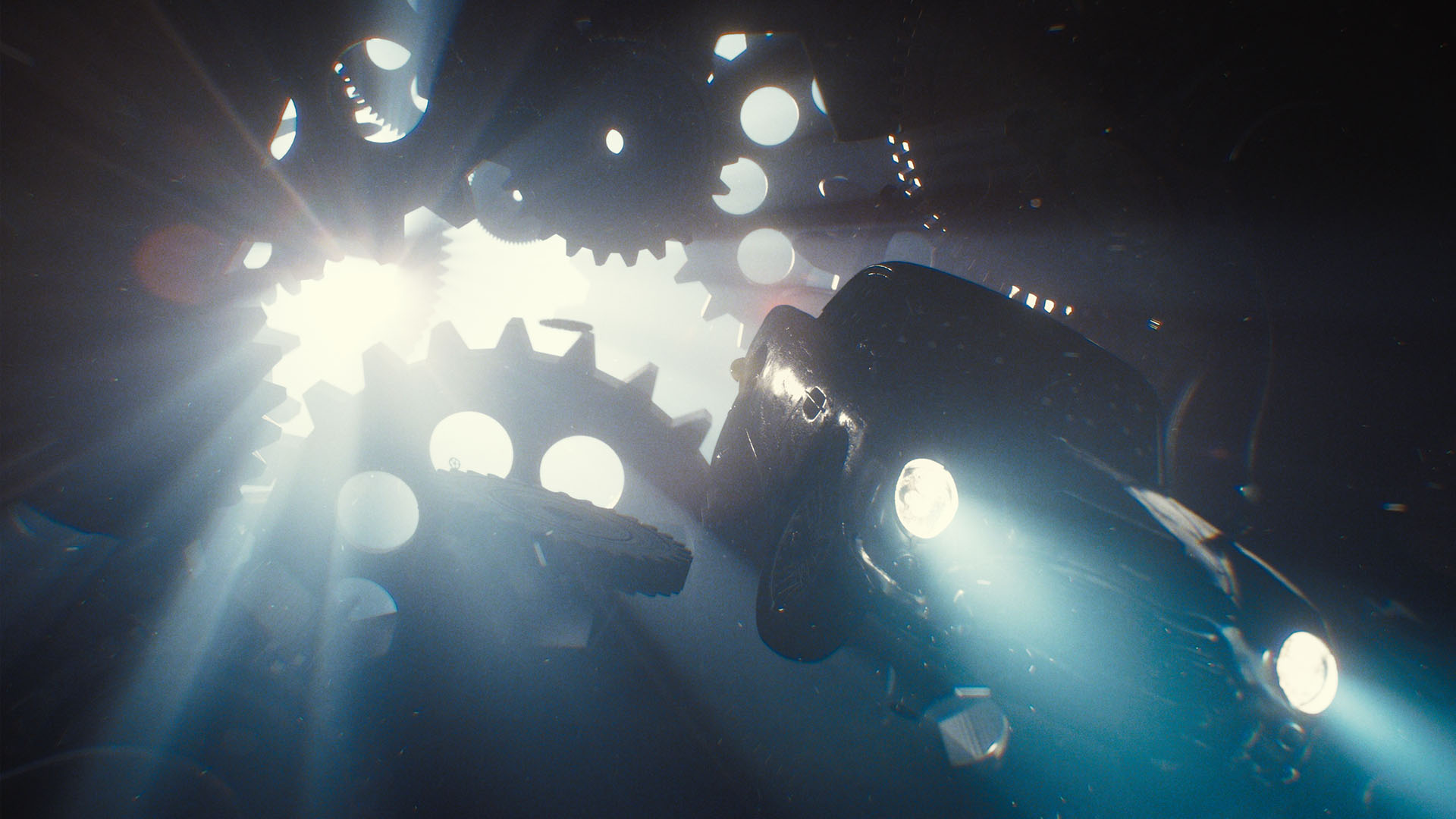 An iconic part of the titles of any Bond film is the gun barrel sequence, which Framestore and Kleinman have also delivered for No Time To Die. Together they created a new, completely CG barrel for Daniel Craig to open his final film as the secret agent.

Commenting on the sequence and his work with Framestore, Daniel Kleinman said: “I’m proud of the sequence for No Time To Die. It has a unique flavour and style, yet it’s inimitably Bond. Framestore is my long-standing partner in creating these sequences and I rely on them not only for creative input and support in what isn't an easy process but the highest-quality work. I put a lot of trust in them and they don't let me down.”

Framestore and Daniel Kleinman also partnered on the Billie Eilish music video for the title track. Additionally, around 170 people worked on the film’s VFX at Framestore for the movie itself. The work included weather effects, environment extensions and even a digital recreation of London. 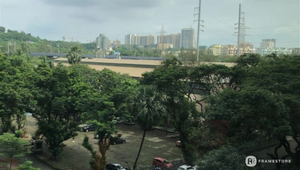