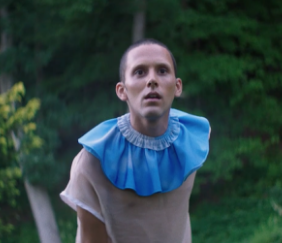 Director Winnie Cheung delivers a whimsical exploration of gender roles and the mercurial physicality of masculinity and femininity in a hypnotic new short dance film, “What If.”

The short film, produced by Picture Farm, is scored by Oscar-nominated composer Hauschka (Lion and HBO’s “Gunpowder”) and stars dancers hailing from The Greatest Showman, “Sleep No More” and Batsheva Dance Company. The wardrobe for the film was curated by stylist Ickarus Corbacho and features pieces from boundary-pushing and inclusive designer Lactic Incorporated.

"What If" reimagines a society’s beginnings created without the boundaries instituted by the gender binary, starting with one of the most famous cases of gendered separation: the story of Adam and Eve.

In a post-gender world, men wouldn’t be punished for being vulnerable and women wouldn’t have to stay submissive in order to succeed. Unfortunately, we’ve all be subjected to the same gender narrative dating back to Adam and Eve. But what if there was another creation myth? One where gender was erased altogether? The film celebrates the complementary of gender, rather than dividing it. Maybe it’s only a utopian dream, but it’s about time The Garden of Eden got a little makeover.