Dan joins for representation in Eastern Europe, MENA and Asia 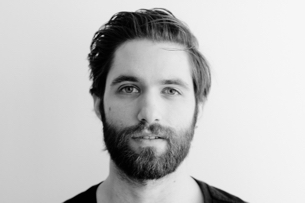 Dan DiFelice is a New Jersey-born filmmaker now based in New York. Dan had risen up in the commercial world working on complicated VFX sequences on global commercials for the likes of the Nike and PlayStation. Working in post on commercial VFX jobs shaped Dan's directing approach, working with the language of agencies and clients. Dan also co-directed a popular narrative short film Anomaly with Salomon Ligthelm, a period drama that illustrates Dan's ability to direct a combination of talent performance with seamless VFX treatments.

Since transitioning into directing he has worked with a number of different companies including Audi, Volvo, Jordan, Reebok, Lincoln, and the World Surf League.

Dan's work straddles the line between visual and narrative storytelling. "Commercial work is very much about the immediate, but my goal is to try and layer detail and narrative foundations beneath a form that tends to be quite instantly gratifying," says Dan. "I try and do something new/unique with every project to keep the process as fresh as possible and so I can always keep learning."